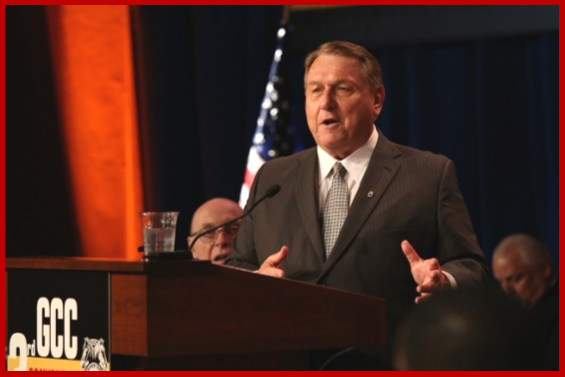 Most Democrats are silent on unions these days. They want you to forget that this is the party that promoted and passed NAFTA. Only Joe Biden has strong labor support.

“Teamsters and the UAW have a decades-long relationship of having each other’s back. And that continues with the UAW’s notification that it will go out on strike against General Motors at midnight. Our 1.4 million members stand in solidarity with the UAW and will honor their picket lines,” said Teamsters General President Jim Hoffa this afternoon.

“We laud the UAW for its work to ensure that its GM employees are treated with respect and dignity on the job. At a time when more and more companies are downsizing and shipping jobs out of the U.S., it is imperative that unions fight for their members. Workers should be rewarded for good work with fair wages and benefits. That’s what the UAW is demanding.”