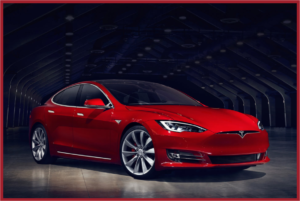 Tesla True Believers are immune to being unhappy because of quality problems.

Quality troubles accompanying Tesla Model S and Model X have little influence on the gushing affection Tesla True Believers have for these cars and the brand, according to a Teal owners J.D. Power report titled “Tesla: Beyond the Hype.”

“Spending $100,000 or more on a vehicle that has so many problems usually would have a dramatically negative effect on sales and brand perception” says Rizk. Right now, though, Tesla True Believers seem immune to becoming disenchanted customers.  (Consumer Reports Still Gushing over Money Losing Tesla)

“Tesla: Beyond the Hype“ is an examination of the brand’s significant quality issues, based on multiple focus groups of Tesla owners and an in-depth evaluation of Tesla models against competitive vehicles by experts at Power. (Consumer Reports Stops Gushing about Tesla. Finally. )

Historically, a small sample size has prevented Tesla from appearing in the annual rankings in both the J.D. Power Initial Quality Study (IQS) and the Automotive Performance, Execution and Layout (APEAL) Study. Consumer Reports, however, gushed about the safety and quality troubled brand until recently. This report, however, provides directional data that allegedly gives greater insight to Tesla vehicle quality and the owners’ (irrational) emotional attachment.

Consumers who opt for Tesla’s next model, the Model 3, are predicted to be less forgiving of quality issues. “When consumers buy a mass-market car priced around $35,000 that will be their primary mode of transportation, the degree of expectation will increase immensely,” Rizk claimed “We’ve seen that with other well-liked brands, whether it involves an electric vehicle.”

If True, Tesla is in Trouble