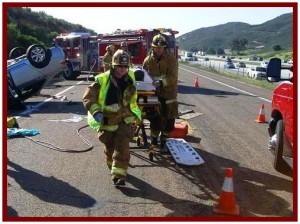 In other research, drivers told NHTSA that they rarely consider traffic situations when deciding when to use their phone.

Each day, 28 people in the United States die in an alcohol-related vehicle crash. That’s one person every 53 minutes, says NHTSA. Drunk driving fatalities have fallen by a third in the last three decades; however, the chance of being in an alcohol-impaired crash is still one in three over the course of a lifetime. These deaths and damages contribute to a cost of $52 billion per year.

Texting, talking to passengers, fixing makeup or programming a GPS are serious distractions, most of which are enabled by automakers and phone companies who keep prompting and expanding the so-called connected car. (Distracted Driving: Class Action Suit Over Apple iPhones, Distracted Driving? Chevrolet Lowers 4G LTE Prices by 50%)

Texas also has the nation’s highest speed limit, which can significantly reduce a driver’s reaction time to and is thought to be a major cause of crashes. (AAA Blasts Automakers for Enabling Distracted Driving, Consumer Electronics Association Denies Distracted Driving)

Alcohol is a substance that reduces brain performance, impairing thinking, reasoning and muscle coordination. All these abilities are essential, of c0urse, to operating a vehicle safely. As alcohol levels rise in a person’s system, the negative effects on the central nervous system increase, too. Alcohol is absorbed directly through the walls of the stomach and small intestine. Then it passes into the bloodstream where it accumulates until it is metabolized by the liver.

Alcohol level is measured by the weight of the alcohol in a certain volume of blood. This is called Blood Alcohol Concentration, or BAC. At BAC of 0.08 grams of alcohol per deciliter of blood, crash risk increases exponentially. Because of this risk, it’s illegal in all 50 states, the District of Columbia and Puerto Rico to drive with 0.08 BAC or higher. However, even a small amount of alcohol can affect driving ability. 1,764 people were killed in 2014 is alcohol-related crashes where BAC was less than 0.08 BAC.