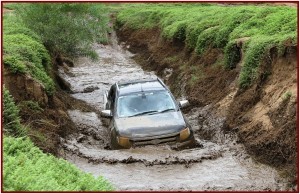 Thailand has been inundated by floods, the worst it’s estimated in at least 50 years. Aside from the real human tragedy costing hundreds of lives, once again the auto industry is negatively affected since Thailand has an annual vehicle production capacity of almost 2 million units, extensive exports, as well as numerous auto component parts manufacturing operations.

The disruptions will also have some unknown effects on production in other countries, which will become clearer during the next few weeks.

A Honda assembly plant in Ayutthaya has been the most affected, stopping production, according to consultancy Frost & Sullivan. U.S. Honda is likely to have a production loss of about 10,000-15,000 units with the closure of its plant for about 5 weeks. 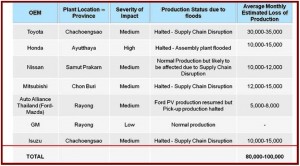 A Honda assembly plant in Ayutthaya is under water.

U.S. Honda operations will not be affected, a Honda spokesperson told AutoInformed. Honda group companies will provide approximately ¥280 million toward the relief and recovery efforts in Thailand where it has been doing business for 47 years. 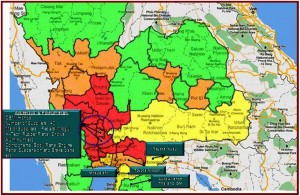 Toyota has also stopped production while it sorts out supply problems. Toyota and Isuzu are likely to lose the next 2-3 weeks of production from parts shortages, with losses estimated at 30,000-35,000 and 10,000-15,000 units, respectively.

Ford has resumed passenger vehicle production, but its new Ranger pick-up just introduced is on hold.

General Motors appears to be the automaker least affected since its plant and suppliers are outside the flood affected regions.