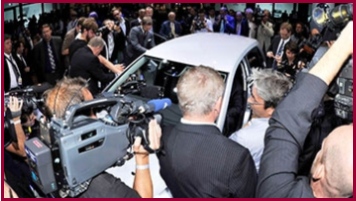 This is a company threatening crisis. Unlike Europe and other parts of the world where automakers tell regulators and governments what to do, U.S. regulators mostly –  real news here – follow the law.

A quick summary for AutoInformed’s viewers of the substantial SEC charges of the Volkswagen Diesel Crimes.* (Volkswagen Pleads Guilty on Felony Charges in Dieselgate) Given the level of detail thus far revealed, they are difficult if not impossible to defend against in our view. See for yourself:

Word of the ICCT Study spread quickly throughout VW. By May 2014, multiple internal memos were circulating inside VW among its most senior officials, including Winterkorn, detailing the depth of the problems VW was facing:

13. By VW’s own assessment, its potential financial liability for the fraud exceeded $20 billion. VW faced a choice. It could admit its scheme or cover it up. It chose a cover-up.

Significant Automotive Stories and Trends of 2018 and 2019

So here comes AutoInformed on significant automotive related stories of the 2017 year and predicted future implications, with our wry awareness, as always, that columnists conduct their education – sometimes demonstrably not perfectly informed – in public.