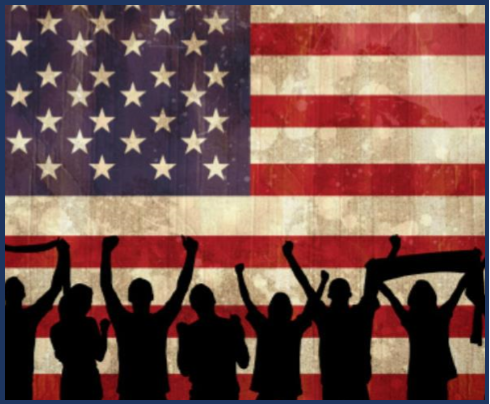 The Declaration of Independence was approved today on the Fourth of July 1776 by the Continental Congress. Benjamin Franklin, John Adams, Thomas Jefferson, Roger Sherman and Robert R. Livingston comprised the Committee of Five that drafted the enduring manuscript. Jefferson, rightly regarded as the clearest, most eloquent writer, drafted most of what remains one of our core documents.

Then, 13 colonies embarked on a distinguished experiment in self-governance as an independent, autonomous nation. That was the foundation of something immense and thus far enduring. The colonies had but 2.5 million people at the time reporting English and other ancestry. Small numbers in today’s world, but they were people with far bigger aspirations, people – refugees or immigrants, lettered or illiterate who were fleeing or had escaped from religious and political persecution. Biggest of all was an idea that led to ideals that most of us still aspire to uphold in our conduct.

On our latest Fourth of July, we unfortunately, find some of our beliefs as outlined in the U.S. Constitution once again under attack by tyrants from the Royalty of Riches that makes its own laws in defiance of our binding pledge to “We the people.” This is hardly a perfect union.

Yet we are who we were – people who would stand and fight against oppression. People whose collective ideals are greater than any tawdry character inhabiting the environs of the Potomac.

In more complacent or somnolent times, we would just have parades honor of our founding fathers and principals. Now we need protest instead. Today we need to renew our faith in their courage, ability to endure hardships beyond Valley Forge and face vast unknowns with a fighting can-do spirit. They battled and died for freedom from an oppressive Crown. 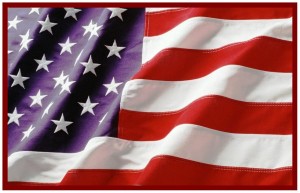 The larger issue remains an amorphous U.S. government conducted and, alas,  directed in Washington by big money interests that care not about the health and welfare of the United States or its citizens. Let alone our core principals.

Today – once again we the people need to  march relentlessly and battle for our  independence after the celebrations, parades, ballgames and fireworks are over. We are already doing so. We need once again to rid ourselves of what has evolved ironically – into a ruling class of our own home-grown tyrants, bigots, racists and traitors who collude with other oppressive governments. We have progressed from 2.5 million people to more than 325 million with a gross domestic product of more than $19 trillion – an unimaginable number of teabags for a big protest not to clutter Boston Harbor but the halls of Congress today.

Note well the resounding words of our Constitution’s preamble – WE THE PEOPLE. Therefore, WE now need to toss out of office or impeach the politicians who don’t understand, indeed mock, WE. These are ME con artists and sophists who are in it just for ME – even if they violate the Foreign Corrupt Practices Act or collude with the Russians for personal profit to name just a few of their outrageous actions. These are traitors who are building concentration camps for innocent children. Versions of them exist in both corrupt political parties. Moreover, we should be deporting them, or locking them up,  not our latest wave of huddled masses yearning to breathe free.

Therefore, it is in this spirit that AutoInformed looks to celebrate future Independence Days after we finish another revolution. These too will be Independence Days that build on our past. But ones that constantly note a movement to an even more independent future, a stronger economy that embraces all, not just the rich and celebrates yet unknown non-summer soldiers and stormy weather patriots. There are avatars of our founders with their same honor and principals . Let us all note, let us all remember, let us all act in ways that show we too hold life, liberty and the pursuit of happiness as self-evident.