Toyota and Suzuki Agree to Consider a New Collaboration 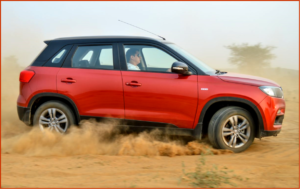 Drawing upon Suzuki’s expertise in developing vehicles in India, there will be joint development of a Toyota C-segment MPV with supply to Suzuki. Production of the Suzuki-developed compact SUV Vitara Brezza at Toyota Kirloskar Motor Pvt. (TKM) from 2022 in India.