Toyota Finally Wins a WEC Race at 6 Hours of Fuji 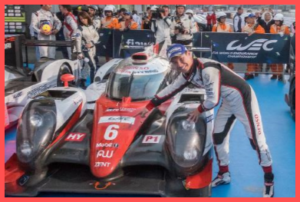 The #6 Toyota Gazoo Racing trio of Kamui Kobayashi, Stephane Sarrazin and Mike Conway won a toughly fought 6 Hours of Fuji where the winning outcome was within reach of Audi, Porsche and Toyota throughout the duration of the contest. (Provisional race results Here)

The fight for victory ultimately came down to a last hour battle between all three LMP1 manufacturers. It was a stressful ending, but Kamui Kobayashi’s Toyota TS 050 Hybrid held off the #8 Audi Sport Team Joest driven by Loic Duval. Reigning Porsche champions, Mark Webber, Timo Bernhard and Brendon Hartley completed the podium in third position.

“It was a six-hour sprint race. We could do no more; everyone in the team performed to the maximum today against such close competition. It was a clean fight, decided by speed on track and in the pits, as well as strategy,” said Toshio Sato, Toyota Gazoo Racing Team President. “All credit to Audi and Porsche for their part in this great show.” It was Toyota’s first victory in 2016.

The ambiance for an anxious, closely-fought race was set at the start. Kamui and Kazuki, having slipped to fourth and sixth respectively at turn one, fought back. At the first pit stops the #6 was running second while the #5 was fourth.

The #6 Toyota crossed the line just 1.439 seconds ahead of the #8 Audi, bringing Toyota’s 11th WEC win. This was Toyota’s fourth victory in five years at Fuji. More importantly its first since Bahrain in November 2014. This result elevates the #6 Toyota crew to second in the Drivers’ World Championship, 23 points off the lead.

“We battled up until the end. When Toyota, for the last stop, were able to benefit from the strategic advantage of pitting late, and chose not to change tires, they took the lead for the first time. Loïc Duval did everything to recover the top spot, almost making up a 12-second deficit. Unfortunately, it wasn’t quite enough but, once again, we saw fascinating endurance racing,” said the head of Audi Motorsport, Dr. Wolfgang Ullrich.

In the LMP2 class, G-Drive took maximum points for the first time this season after shaking off their poor luck after winning positions earlier this year. Alex Brundle, Will Stevens and Roman Rusinov drove faultless stints to lead home the RGR Sport Ligier-Nissan. 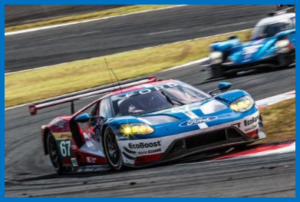 Ford took a justified 1-2 in the LMGTE Pro class, racing from lights to flag at the front of the category. Harry Tincknell and Andy Priaulx took the victory after the sister car lost time through a spin suffered by Olivier Pla in the fifth hour.

“I knew I was really having to fight for a race win and it is probably one of the hardest races I have had to race in to get a victory,” said Harry Tincknell of Ganassi. “I knew it was vital to get in to the lead and that is what I did and I managed to hand it over to Andy Priaulx. I had a little miscommunication with a LMGTE Am car and we had a bit of light contact but luckily we both continued.

Nonetheless, Ferrari (236 points) continues to lead GTE classes with a razor’s edge lead over Aston Martin (233). Ford follows a distant third (177.5). Porsche (103) is virtually out of the running. 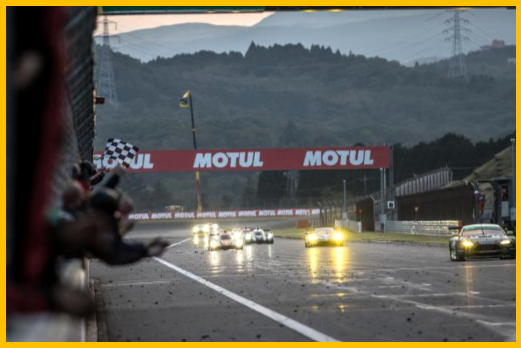 The next round of the FIA WEC will be held on 6 November in Shanghai.