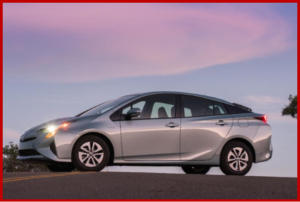 In one of the most graphic demonstrations of the benefits of being a first mover in technology, Toyota has now sold more than 10 million hybrid vehicles, including plug-in hybrids, as of 31 January.

The milestone was achieved a mere eight months after total sales reached 9 million units at the end of April 2016. Toyota Motor North America also saw its sales of hybrids and plug-in hybrids reach a cumulative total, exceeding three million units as of 31 December 2016.

This is demonstrably more than a numerical milestone. It validates the continuing power of hybrid powertrain technology, originally mocked by competitors, Nissan, the Detroit Three and BMW and Mercedes come to mind, which has emerged as a distinctive way to help reduce greenhouse gas emissions and other pollutants.

“Hybrids remain an important part of our lineup of vehicles, with over 246,000 units sold last year, and we have seen continued demand with the release of the RAV4 Hybrid variant of the popular compact SUV, accounting for nearly 13 percent of its total sales volume in 2016,” said Bob Carter, senior vice president of automotive operations for Toyota Motor North America.

Takeshi Uchiyamada, known as the father of the Prius and co-chairman of the Board of Directors at Toyota said, “When we launched Prius, no one even knew what a hybrid was, but, thanks to early adopters, hybrids have ridden a wave of success into the mainstream. We are grateful to every one of our customers who have helped us achieve this important [global] milestone.”

As of January 31, Toyota estimates that the use of Toyota’s hybrid vehicles, as an alternative to conventional gasoline-powered vehicles of similar size and driving performance has resulted in approximately 77 million fewer tons of CO2 emissions and has saved approximately 7.66 billion gallons of gasoline (29 million kiloliters).

This is demonstrably more than a numerical milestone. It validates the continuing power of hybrid powertrain technology, originally mocked by competitors, which has emerged as a distinctive solution to help reduce greenhouse gas emissions and other pollutants.

This is a notable, spectacular Federal failure because the Partnership for a New Generation of Vehicles, aka PNGV, was a cooperative research program between the U.S. government and then DaimlerChrysler, Ford Motor Company and General Motors. Critics, including this industry observer now at AutoInformed, described it as $80 billion in welfare for automakers and the national labs. PNGV, allegedly, would bring 80 mpg vehicles to market by 2003. The partnership, formed in 1993, involved eight federal agencies, the national laboratories, universities, and the United States Council for Automotive Research (USCAR), which then was the Detroit Three. The program was cancelled by the Bush Administration in 2001 at the request of the automakers. Not a single production vehicle was built.

Since Japanese automakers were excluded from the federal research program – and worried it might work, Toyota then started its own research program with the help of the Japanese government on fuel efficient hybrid cars. The result was Prius – and ultimately the hybrid segment that Toyota now dominates in the U.S. and around the world.