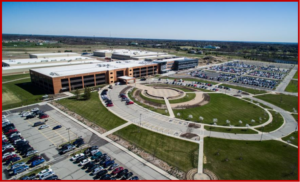 Toyota also used the announcement as an opportunity to present the newest executive leader to the TMNA R&D, Shinichi Yasui. Yasui, who arrived in April, serves as Toyota engineering and manufacturing president, executive vice president of TMNA R&D and managing officer of Toyota Motor Corporation (TMC). His previous position at TMC was executive general manager of Mid-Size Vehicle Company.

Clearly in the gun sights of nit-twit Trump, Toyota claims to have contributed to the design, engineering, and assembly of more than 33 million cars and trucks in North America. It currently runs 14 manufacturing plants – 10 in the U.S., but with Mexico and Canada left out of the exact count. It directly employs more than 46,000 people – more than 36,000 in the U.S.  It has 1,800 North American dealerships –  ~1,500 in the U.S. –  sold almost 2.7 million cars and trucks, 2.45 million in the U.S. in 2016. ( What Auto Companies are at Risk Under Trump? or Trump versus Auto Industry – Outcome Could be Ugly)