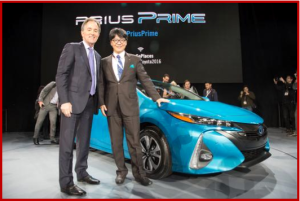 Toyota Motor Engineering & Manufacturing is recalling more than 266,000 2013-2015 Prius and 2014-2017 Prius V hybrid vehicles originally not included in recall 18V-684. Excessive voltage in the Intelligent Power Module (IPM) within the Denso inverter may cause the hybrid system to shut down, causing the vehicle to suddenly stall while being driven.

With this safety defect, power steering and braking will not be affected. However, a hybrid system that shuts down without entering a fail-safe mode could result in the vehicle losing motive power while driving at higher speeds, increasing the risk of a crash.

These vehicles were not involved in Safety Recall 18V-684 because they were originally equipped with a version of the software that contains improved thermal management. Repeated driving under high-load driving patterns (e.g., from a stop, applying nearly full throttle and then gradually further accelerating to full throttle) could cause higher thermal stress in specific transistors in the IPM. This causes damage to those transistors over time. It can lead to illumination of various warning lights and the display of a warning message on the instrument panel.

In cases where a specific transistor fails in a certain way during a high-load driving condition, such as during hard acceleration, there is a possibility for an abnormally high voltage to be generated that could exceed a certain limit in the software and IPM circuit design causing the hybrid system to shut down instead of entering a fail-safe driving mode that would provide reduced motive power and allow the vehicle to be driven for certain distances.