Toyota to Launch New Model Yaris in Japan in February 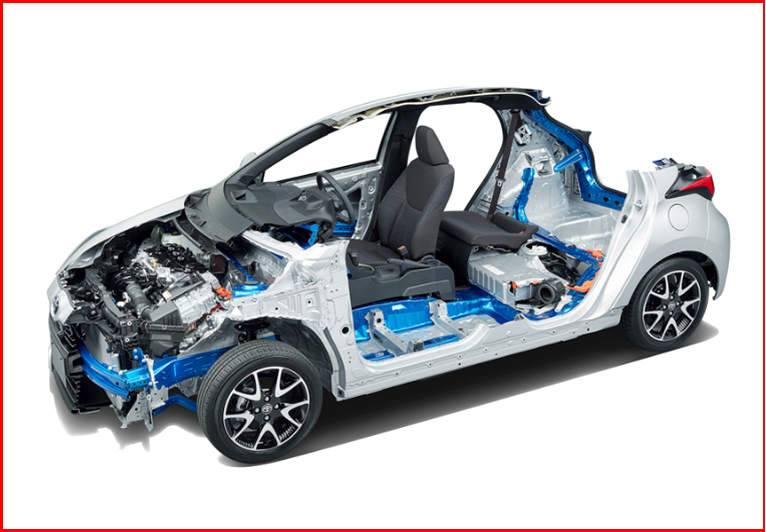 It is an important launch for Toyota because the next Yaris is the first model to adopt the TNGA platform  or GA-B. Toyota New Global Architecture: Toyota’s company-wide global program to structurally transform automobile design.

Toyota Motor Corporation says it will launch its new model Yaris on February 10, 2020 at Netz dealers nationwide, as well as Toyota Mobility Tokyo Inc. and Toyota NishiTokyo Corolla Company. The Yaris is also scheduled to be added to Toyota’s KINTO ONE car subscription service. The compact ranges in price from ~$12,800 to ~$23,000.

The new-generation compact car  from a world-leading  has WLTC (aka WLTP) test cycle fuel efficiency of 36.0 kilometers per liter (for the Hybrid X. See WLTP How Does It Work? Will it Work?), and the latest safety and security technologies. As such it has the potential to become a benchmark vehicle. 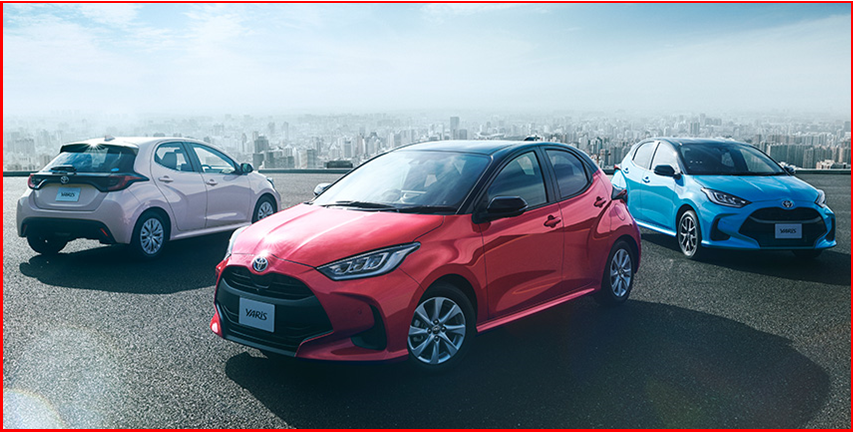 Inexpensive, attractive, and from Toyota – a formidable entry to counter the hype and slow sales of EVs.

It is an important launch for Toyota because the next Yaris is the first model to adopt the TNGA platform  or GA-B. Toyota New Global Architecture: Toyota’s company-wide global program to structurally transform automobile design. The stated goal of TNGA is to “dramatically improve the basic performance and marketability of Toyota vehicles” for compact cars.

TNGA has what’s claimed to be a lightweight and highly rigid body with a low center of gravity. The car’s next-generation hybrid system is based around a 1.5-liter inline three-cylinder Dynamic Force Engine. The claim is world-leading fuel efficiency for a compact car*1of 36.0 kilometers per liter*2, according to WLTC (aka WLTP) test cycles. The new Yaris is the first Toyota compact car to feature the E-Four electric four-wheel-drive system.

The gasoline-powered versions are equipped with a newly developed 1.5-liter inline three-cylinder engine, with the option of either a six-speed manual transmission or a Direct Shift-CVT with 2WD or 4WD settings. There is also a model that pairs an improved 1.0-liter engine with a lighter and more compact CVT.

The new Yaris has advanced workings: it is the first Toyota car to be equipped with Toyota Teammate Advanced Park (including Panoramic View Monitor functions), Toyota’s advanced parking support system; it has the latest Toyota Safety Sense, now capable of detecting oncoming cars when turning right at an intersection, and of detecting pedestrians crossing the street when turning right or left; and it comes with Turn Tilt Seats, which make it easier to enter and exit the vehicle. Display Audio, which can be connected to smartphones, is also fitted to all grades as standard.

The new Yaris also has a 1,500-watt accessory power outlet. This allows the use of electrical products using the same electrical outlets found in the home, but also enables the vehicle to be used as a power generator during blackouts and other times of emergency.

*1. Compared to other gasoline-powered compact passenger cars; correct as of December 2019, according to Toyota data.