Toyota U.S. Sales Troubles Continue as 2010 Sales Results are the Same as a Depressed 2009. Overall the Market Grew 11%

Posted on 4 January 2011 by Kenneth Zino 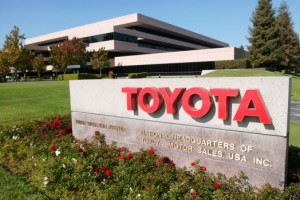 Toyota Motor Sales (TMS), U.S.A. today reported annual sales of 1,763,595 vehicles – the same as Toyota posted during 2009 in an auto market that grew at double digit rates for most other major makers, including 19% at Ford Motor and 18% at Nissan North America.

As a result of the poor performance, Toyota lost its Number Two U.S. Sales spot to Ford Motor. Sales of the Toyota brand also dropped below Chevrolet and Ford brands for the first time in years.

It was the most challenging time in the 53-year history of Toyota’s U.S. sales arm. Toyota stopped new vehicle sales in January 2010 to conduct reputation damaging recalls for stuck gas pedals and unintended acceleration safety defects.

Toyota Motor Sales had taken second place several years ago, and was then thought to be pressing General Motors for the Number One automaker sales crown. All that is now a distant memory at the quality and recalled troubled automaker.

Toyota Division recorded year-end sales of 1,534,266 vehicles, flat from the prior year.

Still, Toyota is a force to be reckoned with in the market, and it will replace major products this year and expand its line of Prius hybrid vehicles.