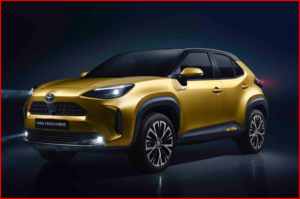 Toyota Says that its new compact SUV, the Yaris Cross, originally planned to be revealed at the 2020 Geneva Motor Show, has made its virtual world debut. As a new SUV that inherits the assets of the brand’s flagship compact car -Yaris. Yaris Cross will be launched in Japan in Autumn this year, and in Europe mid- 2021. It will eventually find its way into North America. (Toyota to Launch New Model Yaris in Japan in February)

By entering one of the hottest segments in the global auto universe  that was forecast for continual growth pre-COVID-19, the new Yaris Cross faces stiff, established competition. Toyota claims Cross is vehicle that can help “redefine what an urban-type compact SUV should be, sharing the same driving pleasure and feeling beyond its class as the Yaris brand.” 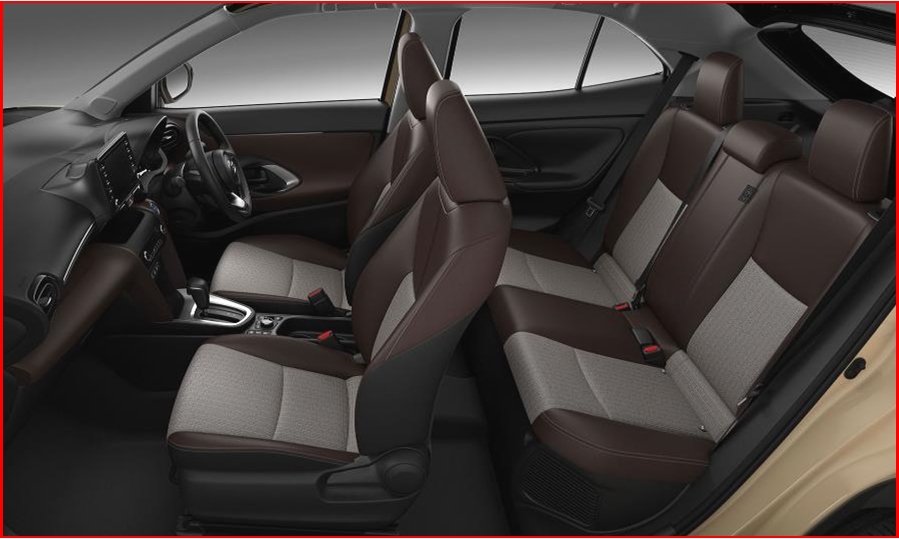 By adopting the all-new hybrid system and the TNGA platform (GA-B) for compact cars, the “Yaris Cross” offers a an easy-to-handle body size while providing SUV-like interior comfort and luggage room. The simple exterior design hints at the robustness of an SUV. The interior design tries to provide a sense of higher quality and comfort.

Cross follows last year’s debut of the all-new Yaris, unveiled in October 2019 as the next-generation compact car, which – it was claimed – brought enhanced driving pleasure, the world’s highest level of fuel efficiency for its class thanks to its use of Toyota’s latest hybrid system, as well as advanced safety and security technologies.

The new-generation compact car from a world-leading  has WLTC (aka WLTP) test cycle fuel efficiency of 36.0 kilometers per liter (for the Hybrid X. See WLTP How Does It Work? Will it Work?), and the latest safety and security technologies. As such it has the potential to become a benchmark vehicle. It is an important launch for Toyota because the next Yaris is the first model to adopt the TNGA platform  or GA-B. Toyota New Global Architecture: Toyota’s company-wide global program to structurally transform automobile design. The stated goal of TNGA is to “dramatically improve the basic performance and marketability of Toyota vehicles” for compact cars.

TNGA has what is claimed to be a lightweight and highly rigid body with a low center of gravity. The car’s next-generation hybrid system is based around a 1.5-liter inline three-cylinder Dynamic Force Engine. The claim is world-leading fuel efficiency for a compact car*1 of 36.0 kilometers per liter*2, according to WLTC (aka WLTP) test cycles. The new Yaris is the first Toyota compact car to feature the E-Four electric four-wheel-drive system.

The gasoline-powered versions are equipped with a newly developed 1.5-liter inline three-cylinder engine, with the option of either a six-speed manual transmission or a Direct Shift-CVT with 2WD or 4WD settings. There is also a model that pairs an improved 1.0-liter engine with a lighter and more compact CVT.

The new Yaris has advanced workings: it is the first Toyota car to be equipped with Toyota Teammate Advanced Park (including Panoramic View Monitor functions), Toyota’s advanced parking support system; it has the latest Toyota Safety Sense, now capable of detecting oncoming cars when turning right at an intersection, and of detecting pedestrians crossing the street when turning right or left; and it comes with Turn Tilt Seats, which make it easier to enter and exit the vehicle. Display Audio, which can be connected to smartphones, is also fitted to all grades as standard.

The new Yaris also has a 1,500-watt accessory power outlet. This allows the use of electrical products using the same electrical outlets found in the home, but also enables the vehicle to be used as a power generator during blackouts and other times of emergency.

Yaris debuted in 1999 and manufactured under the spirit of building a global standard for compact cars. Since then, approx. 8.71 million units (as of March 2020) have been sold globally as the flagship model of Toyota’s compact car business.

*1. Compared to other gasoline-powered compact passenger cars; correct as of December 2019, according to Toyota data.