Treasury Out of General Motors Stock by Year End 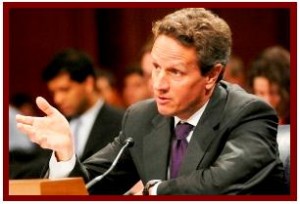 In a matter of just three months, five trillion dollars of Americans household wealth evaporated during the waning months of the Bush Administration. Economic activity and trade around the world ground toward a halt.

The U.S. Department of the Treasury today said that it had completed the sale of 70.2 million shares of General Motors common stock under its third trading plan. It recovered another $1.2 billion of its $49.5 billion investment in GM through repayments, sales of stock, dividends, interest, and other income.

Moreover, Treasury will continue selling GM common by launching a final plan for its remaining 31.1 million shares it holds, now less than 2% of the outstanding stock.  If average daily trading volumes continue at recent levels, Treasury predicts that it will complete the sale of its remaining GM shares by the end of the year, thus ending the Government Motors slur used the economically illiterate.

During 2009 when the Bush Administration’s Great Recession was in full force and worsening, the U.S. government via taxpayers gave GM $49.5 billion in loans ($50 billion including loans for the Supplier and Warranty Programs) in exchange for $2.1 billion in preferred stock and a 60.8% equity stake in the reorganized company. Treasury has been selling the stock since late last year. A quick back of the envelope calculation at current market rates shows that taxpayers will ultimately lose ~$10 billion.

“Treasury’s investment in the American auto industry was part of President Obama’s broader response to the financial crisis, and it helped save more than one million jobs,” said Treasury Deputy Assistant Secretary Tim Bowler. “Had we not acted to support the automotive industry, the cost to the country would have been substantial – in terms of lost jobs, lost tax revenue, reduced economic production, and other consequences. Our actions have enabled the industry to rebound.”

All of the Detroit Three automakers are now profitable, and more than 340,000 new auto jobs have been created since GM and Chrysler emerged from bankruptcy in 2009. Unfortunately, the “no jobs” Obama Administration is still coping with at least 16 million unemployed or underemployed workers.

September posted the slowest U.S. growth rate in a year. More bad news is yet to come since the report does not reflect the negative effects on the economy of the Republican-induced government shutdown. These will show up next month in a report that will also be delayed by one week even though parts of the government, but not the dysfunctional Congress, are working again. Washington’s ineffectiveness and indifference to dealing with the worst recession since the Great Depression is therefore ongoing and a national disgrace.

Ken Zino is an auto industry veteran with global experience in print, broadcast and electronic media. He has auto testing, marketing, public relations and communications expertise garnered while working in Asia, Europe and the U.S.
View all posts by Ken Zino →
This entry was posted in economy, news analysis and tagged autoinformed, autoinformed.com, Ken Zino, tarp, u.s. treasury. Bookmark the permalink.