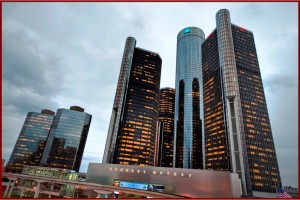 No dividend for GM common holders so far, and Treasury – inexplicably – is selling at a loss into a rising market.

The U.S. Department of the Treasury announced today that it is starting to sell its 300.1 million remaining shares of General Motors stock under a pre-arranged trading plan with GM. According to the unpublished plan, Treasury will sell its General Motors common shares “in an orderly fashion” and exit its remaining GM investment within the next 12-15 months, subject to unspecified  market conditions. (Read AutoInformed on U.S. Treasury to Sell GM Stock at a Loss During the Next 15 Months)

The December announcement was made at the time of GM’s repurchase of 200 million shares of General Motors stock from Treasury, which was also completed before the New Year. General Motors  purchased 200 million shares of GM common stock from Treasury at $27.50 per share – a 7.9% premium over the closing price on 18 December 2012.

It appears that Treasury is making a bad decision here based on ideology, not good old American pragmatism. It was ideologues who opposed the successful TARP bailouts in the first place, and now Treasury – the government agency that is supposed to understand money and stock markets – is also taking an impractical position based on ideology.

Since the end of September taxpayers earned billions from the increase in value of GM stock. The U.S. auto industry is recovering and sales and profits are increasing. Why dump and run now? No surprise here at AutoInformed that most Americans are disgusted with government’s management of their money.

Including GM’s purchase of common stock from Treasury at the end of the year, Treasury has recovered more than $28.7 billion of its investment in GM to date through repayments, sales of stock, dividends, interest, and other income.

GM expects to take a charge of approximately $400 million in the fourth quarter, which will be treated as a special item. GM said its balance sheet would show an estimated liquidity of approximately $38 billion at the end of 2012, following the closing of the share buyback.

With the latest $5.5 billion purchase, the outstanding balance on the $49.5 billion GM bailout is $20.9 billion. For the government to break even with the remaining shares, the share price at sale would need to be $69.72. This means that taxpayers will take a loss on  bailout of GM conducted during 2008 and 2009 under the Troubled Asset Relief Program.

Treasury’s sale of its GM stock is part of its continuing efforts to wind down the Troubled Asset Relief Program  or TARP. To date, Treasury has recovered nearly 93%  or $387 billion of the $418 billion in taxpayer funds disbursed through TARP.