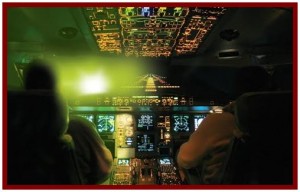 FAA Administrator Steve Dickson today signed an order for a stricter legal enforcement policy against unruly airline passengers in the wake of recent, troubling incidents. “The FAA has seen a disturbing increase in incidents where airline passengers have disrupted flights with threatening or violent behavior. These incidents have stemmed both from passengers’ refusals to wear masks and from recent violence at the U.S. Capitol,” the FAA said.

The FAA omitted the fact that Trump incited the violence and sedition against the US government in the waning days of his reign as the despot who would be king. Passengers who interfere with, physically assault, or threaten to physically assault aircraft crew or anyone else on an aircraft face legal penalties, including fines of up to $35,000 and imprisonment. “This dangerous behavior can distract, disrupt, and threaten crewmembers’ safety functions,” the FAA said. And the functions of democracy.

Typically, the FAA addresses unruly-passenger incidents using a variety of methods ranging from warnings and counseling to civil penalties. Effective immediately, however, the FAA will not use warnings or counseling. The agency will pursue legal enforcement action against any passenger who assaults, threatens, intimidates, or interferes with airline crew members. This policy will be in effect through March 30, 2021. Why it should stop then was unexplained?

The FAA does not have regulatory authority over aviation security or no-fly lists. The agency works with federal law enforcement and national security “partners” on any reported security threats that may impact aviation safety.