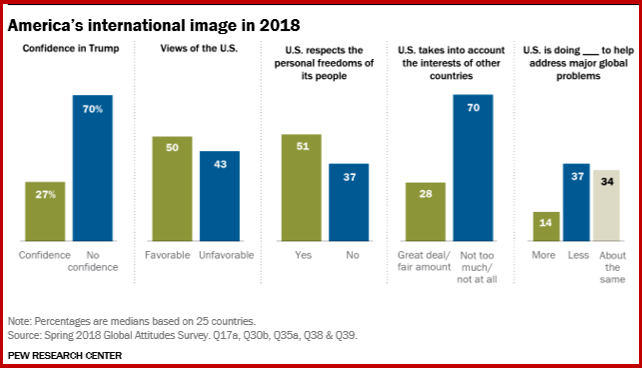 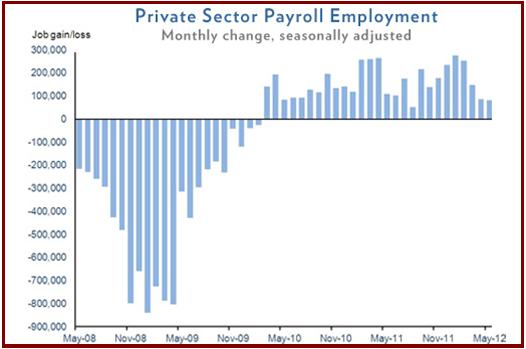 It is time to put the name “somebody else” on all ballots, which if somebody else wins starts another election with the other previously listed candidates disqualified from running again.

In advanced and emerging economies alike, people generally agree that growing trade and business ties with other nations are good for their country, at least in theory. But far fewer are convinced that increased trade results in more jobs, higher wages or lower prices at home – all benefits frequently touted by economists and proponents of international trade. (Americans, like many in other advanced economies, not convinced of trade’s benefits)

“September and October of 2008 were the worst financial crisis in global history, including the Great Depression,” former chairman of the U.S. Federal Reserve Ben Bernanke has observed. The bottom fell out of the economies in many nations, ushering in widespread malaise. A decade later, economies have gradually recovered and the public mood has rebounded, especially in some of the hardest-hit advanced economies, according to a spring 2018 Pew Research Center survey of 27 countries around the globe. (A decade after the financial crisis, economic confidence rebounds in many countries)

Across the globe, new technologies are transforming the nature of work. Advances in robotics and artificial intelligence are displacing jobs in manufacturing and, increasingly, in the service sector. And while automation may boost productivity and overall economic growth, there is a recognition that it will also disrupt the workplace, with repercussions for workers, employers, education systems and governments. (In advanced and emerging economies alike, worries about job automation)

The general election in Sweden extended two trends that are now prominent across Western Europe: the rise of right-wing populist parties and the decline of center-left parties. The far-right Sweden Democrats entered parliament for the first time in 2010, winning 6% of the vote. This month, they finished in third place with 18% of the vote. And while the center-left Social Democrats finished ahead of the Sweden Democrats, they registered their worst electoral performance in more than 100 years. (Swedish election highlights decline of center-left parties across Western Europe)

Three years after a record 1.3 million migrants sought asylum in Europe, most people in several European countries say they support taking in refugees who are fleeing violence and war, according to a Pew Research Center survey. However, most people in these countries disapprove of the way the European Union has dealt with the refugee issue. (A majority of Europeans favor taking in refugees, but most disapprove of EU’s handling of the issue)