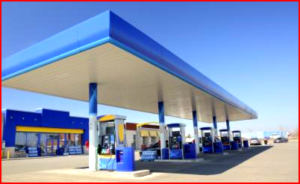 “Companies must demonstrate that their products will not result in excess emissions into our air.”

The fuel violation was discovered during a routine sampling audit of an import marine vessel at the Port of Los Angeles. California Air Resources Board inspectors determined approximately 11 million gallons of motor fuel imported by George E. Warren Corp. had exceeded the threshold concentration of olefins allowed under the California Reformulated Gasoline Regulation.

Olefins are a hydrocarbon that readily reacts with sunlight to form smog. By reducing the olefin content of gasoline, the amount of smog formed and the amount of 1,3 butadiene (a toxic compound) in exhaust emissions are reduced.

The fuel imported at Shell Pipeline Co. facilities had been distributed to five separate bulk terminals downstream of the original import location, and to several retail service stations.

“Companies must demonstrate that their products will not result in excess emissions into our air,” California Air Resources Board Enforcement Division Chief Todd Sax said. “Periodic testing of fuel by companies and inspections by CARB ensure that Californians will not be exposed to harmful air pollutants.”

Once they were made aware of the non-compliant fuel, “George E. Warren and Shell Pipeline took prompt action to halt all movement and sales of the fuel.” CARB estimates approximately 1.3 million gallons of affected fuel was sold at retail stations. Once CARB determined the fuel was re-blended and in compliance, sales could continue.

To resolve the violations, George E. Warren and Shell Pipeline agreed to pay the combined total of $1,035,000. The companies also agreed to offset $501,327 of the settlement by funding eight Supplemental Environmental Projects (SEPs). Projects include air filtration, health and air pollution research, community air monitoring, and identification of diesel pollution hotspots. All projects were selected to improve health and education and provide funding for exposure reduction projects in San Joaquin Valley and San Diego disadvantaged communities.