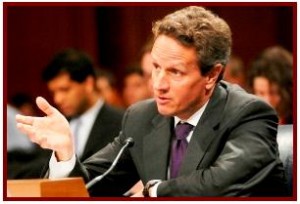 In a matter of just three months, five trillion dollars of Americans' household wealth evaporated during the waning months of the Bush Administration. Economic activity and trade around the world ground toward a halt. We are still feeling the negative effects.

The final results for the fiscal year (FY) 2011 budget shows that the budget deficit remained large at $1.299 trillion – about the same as last year, a $4 billion or 0.3% increase. This was slightly lower than predicted last February, but because of ongoing effects of the financial crisis in 2008 and 2009, which have put a persistent strain on Federal revenues and outlays, the budget deficit remains, after unemployment, a major U.S. problem. As a percentage of gross domestic product (GDP), the budget deficit was 8.7% of GDP, down from 9.0% of GDP in FY 2010.

Last August, President Obama signed into law the Budget Control Act of 2011 (BCA). The BCA cuts discretionary Government spending by nearly $1 trillion over the next 10 years. It also charges a Joint Select Committee on Deficit Reduction with finding an additional $1.5 trillion in savings. 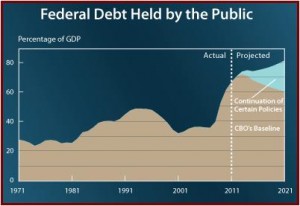 This so-called Super Committee is already gridlocked over how to decrease the budget deficit, and that very likely means nothing will be done about the deficit until after the 2012 elections as both parties in a dysfunctional Washington maneuver for advantages – perceived or real – that can be used to sway voters. Nothing is being done to help create jobs and the tax revenues that go with them by either party.

“Congress has an opportunity now to pass reforms to reduce future budget deficits and strengthen economic growth,” said Geithner, as he released the results. “I urge Congress to act on the President’s proposals.”

In a statement, Geithner said the economy has begun to recover with the aid of efforts including the American Recovery and Reinvestment Act (Recovery Act), financial market interventions, and further fiscal support enacted last December. The recession was deeper than originally reported, and the return to economic growth has been further slowed by higher energy prices, the earthquake and tsunami in Japan, and a broader global economic slowdown.

Government receipts totaled $2.302 trillion in FY 2011- $141 billion higher than in FY 2010, an increase of 6.5%. Even with the extension of tax provisions in the December 2010 Tax Relief, Unemployment Insurance Reauthorization, and Job Creation Act, FY 2011 collections were significantly higher for individual income tax receipts. Collections also increased for excise tax receipts, customs duties and deposits of earnings from the Federal Reserve. These increases were offset by decreases in social insurance and retirement receipts (because of the payroll tax relief enacted in December), corporation income tax receipts, and estate and gift tax receipts. As percentage of GDP, receipts equaled 15.4%, slightly higher than the 15.1% of GDP last year.

Outlays for FY 2011 were $145 billion above those in FY 2010, an increase of 4.2%. As percentage of GDP, total outlays were 24.1%, unchanged from last year. Outlays for annually appropriated programs as a whole changed very little from the prior year because they were operating under a series of continuing resolutions culminating in the passage of the Department of Defense and Full-Year Continuing Appropriations Act in April. Higher spending for interest on the public debt, Medicare, and Social Security accounted for $110 billion of the $145 billion increase in outlays relative to FY 2010. Notably, spending for unemployment benefits decreased by $30 billion from FY 2010. Outlays were $218 billion less than estimated in the President’s FY 2012 Budget.

The Federal Government primarily finances deficits by borrowing. Borrowing from the public is also affected by other factors, such as changes in the Treasury operating cash balance. The U.S. Government also holds significant financial assets.  Federal borrowing from the public, net of financial assets, increased by $1.299 trillion during FY 2011 to $9.302 trillion, or 62.2% of GDP. (This measure of net borrowing, as reported in the Monthly Treasury Statement, excludes the Federal Government’s holdings of Fannie Mae and Freddie Mac preferred stock. If those stock holdings were included, net borrowing as a percentage of GDP would be smaller by roughly 1 %.)

Total receipts for FY 2011 were $2.302 trillion; $12 billion lower than the previous MSR (mid-session review) estimate of $2.314 trillion. This net decrease in receipts was attributable in large part to lower-than-estimated collections of corporation income taxes and miscellaneous receipts, which were only partially offset by higher-than-estimated collections of individual income taxes, social insurance and retirement receipts, and excise taxes.