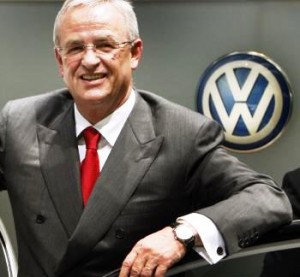 Ex-CEO Winterkorn could be facing prosecution in the VW diesel fraud caper.

U.S. District Judge Charles Breyer today approved a $14.7 billion partial Consent Decree plea deal between Volkswagen, the California Air Resources Board (CARB), the Environmental Protection Agency (EPA), the U.S. Department of Justice (US DOJ) and the U.S. Federal Trade Commission. The plea is the largest settlement in history involving an automaker. All the agreements were previously announced.

VW admitted to CARB engineers in September 2015 after years of stonewalling that it installed “defeat devices” that altered the operation of emissions control equipment in light-duty, 2-liter engine passenger vehicles manufactured and sold between model years 2009 and 2015. There are half-million of these vehicles in the US and about 71,000 in California.

California will receive $1.2 billion from the approved Consent Decree for mitigation of the environmental damage caused by VW’s deception.  About $381 million will be spent on projects to reduce smog-producing pollution by subsidizing clean heavy-duty vehicles and equipment in “disadvantaged communities.”

Approximately $800 million dollars (the so-called ZEV Investment Commitment) will be invested to advance California’s groundbreaking Zero Emission Vehicle (ZEV) programs. VW will make these payments and investments in installments over several years, and the two sums together – it’s claimed – will provide funding to mitigate all past and future environmental harm, including harm to California’s clean vehicle market, that resulted from VW’s blatant disregard of emissions laws by cheating.

“The court’s approval of the largest settlement for California under the Clean Air Act sets in motion a public process that will develop a range of projects to mitigate the harmful health effects of smog,” said CARB’s Chair Mary D. Nichols.

“While we continue to pursue penalties for these violations — and a resolution for 3-liter vehicles, which were also equipped with defeat devices — this decision sends a clear message that California will continue to ensure cars and tailpipes meet the standards designed to protect the public from pollution and smog,” said Nichols.

The implementation of the 2-liter TDI settlement program begins immediately. Customers with eligible vehicles may submit claims using a paper claim form (available at www.VWCourtSettlement.com or by calling +1-844-98-CLAIM). Once a customer’s claim is approved, a customer can schedule appointments with dedicated settlement specialists who have been assigned to dealership locations.

Under the terms of the 2-liter TDI settlement agreements, affected owners and lessees will be able to choose whether to accept a buyback or lease termination, or receive an approved emissions modification for their vehicle (if and when it becomes available. Remember they cheated because they couldn’t comply.). Volkswagen will also make cash payments to affected current and certain former owners and lessees.

Volkswagen has also agreed to pay $2.7 billion over three years into an environmental trust, managed by a trustee appointed by the Court, to remediate excess nitrogen oxide (NOx) emissions from 2-liter TDI vehicles in the United States, and invest $2 billion over 10 years in zero emissions vehicle (ZEV) infrastructure, as well as awareness initiatives.

The following 2-liter TDI engine vehicles are included in the TDI settlement program:

“By their terms, these agreements are not intended to apply to or affect Volkswagen’s obligations under the laws or regulations of any jurisdiction outside the United States. Regulations governing nitrogen oxide (NOx) emissions limits for vehicles in the United States are much stricter than those in other parts of the world and the engine variants also differ significantly,” VW, which deliberately cheated, said in a statement.

“This makes the development of technical solutions in the United States more challenging than in Europe and other parts of the world, where implementation of an approved program to modify TDI vehicles to comply fully with UN/ECE and European emissions standards has already begun by agreement with the relevant authorities,” claimed VW.