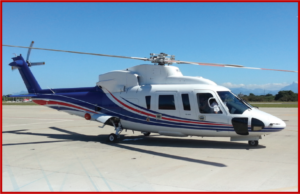 The FAA and the helicopter industry have worked together to educate the civil helicopter community about safe practices, to drive these improved results,” said FAA Administrator Michael Huerta. “The FAA and the industry also are taking an active role in advancing safety through new technology, collaborative policy changes and proactive outreach.”

The FAA encourages helicopter companies and individual pilots to promote safety in the workplace. Efforts include establishing a system where anyone can report an unsafe condition without fear of reprisal, making every employee a champion of safety, and establishing safety training programs for mechanics, pilots and other employees.

The FAA issued the Non-Required Safety Enhancing Equipment policy in 2013. It allows operators and manufacturers to install safety equipment through a streamlined and less expensive approval process. The policy seeks to strike a balance between risk and safety through a “common-sense” approach.

The FAA also mandated that the Automatic Dependent Surveillance Broadcast system – ADS-B – be installed in U.S. helicopters by 1 January 2020 if they intend to operate in busy airspace. ADS-B’s satellite-based technology can provide three-dimensional information – latitude, longitude, altitude – about a helicopter’s position, along with information about its direction and size, without the geographic drawbacks posed by radar and low flying helicopters.