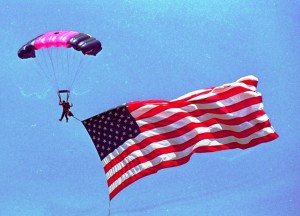 A soft landing for taxpayers?

The U.S. Department of the Treasury said today it received $1.8 billion in additional payments from General Motors’ initial public offering (IPO), bringing overall net proceeds for taxpayers from the GM IPO to $13.5 billion.

The underwriters exercised this over-allotment option on November 26, and Treasury today received $1.8 billion from the sale of those additional shares after Wall Street took its cut.

“General Motors’ IPO is a testament to that company’s turnaround and the significant progress we have made continuing to exit our investments and recover taxpayer dollars,” said Tim Massad, Acting Assistant Secretary for Financial Stability.

The exercise of the over-allotment option increased the overall amount of GM common stock that Treasury sold in the GM IPO to 412,328,814 shares.

In total, the GM IPO reduced Treasury’s ownership of GM’s outstanding common stock by nearly half from 60.8% to 33.3%.

U.S. taxpayers have invested a total of $49.5 billion in General Motors. In October, Treasury announced that it accepted an offer by GM to repurchase $2.1 billion of preferred stock – a transaction that is expected to occur in mid-December 2010. With this repurchase and the IPO, taxpayers will have received a total of $23.1 billion from GM through repayments, interest, and dividends since the company emerged from bankruptcy in July 2009. Following the IPO and the preferred stock repurchase, Treasury’s remaining stake in GM will consist of 500,065,254 shares of common stock.

The proceeds from the GM IPO bring the total amount of TARP funds that have been returned to taxpayers to nearly $254 billion, Treasury said in a statement.