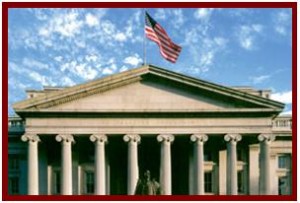 Ideologues will never admit it, but TARP is looking like an extremely effective government intervention in the failed capital markets.

The U.S. Department of the Treasury is in the process of selling all of its Ally Financial (Ally) trust preferred securities to private investors. The proceeds from the offering of Ally, formerly known as GMAC and a significant automotive and home mortgage lender, will be approximately $2.7 billion when it closes next week.

As part of the Troubled Asset Relief Program (TARP) – with roughly $700 billion of taxpayer funding – the Obama Administration bailed out banks and Wall Street firms after their reckless practices led to a global financial collapse in 2008 and the outgoing Bush Administration after providing some partial relief kicked the problem down the road.

In President Obama’s 2012 budget, the Administration now estimates that the lifetime cost of TARP would be approximately $48 billion — a fraction of the money originally authorized for the still controversial program that among other things saved the entire U.S. auto industry, not just General Motors and Chrysler.

As part of this corporate welfare program, Treasury invested a total of $17.2 billion in a bankrupt Ally, then called GMAC. GMAC’s bankruptcy was the result of what critics justifiably called reckless lending practices in the home mortgage markets, which caused huge GMAC losses when the housing bubble burst late in 2008 and in 2009.

Here the U.S. federal government guaranteed huge numbers of suspect loans with the blessing of both political parties going all the way back to the Carter Administration. Wall Street firms and Banks made billions upon billions of dollars trading the paper that was falsely rated as investment grade by the rating agencies Moody’s, Standard & Poor’s and Fitch, all of whom were being paid by the firms reaping huge commissions by peddling what were actually junk bonds based on the now demonstrably false premise that housing costs would continue to rise.

GMAC needed to be saved, it was partly argued by U.S. Treasury officials who came from Wall Street, from the natural consequences of its bad loans with inadequate reserves behind them because it provided financing to auto dealers and consumers, notably General Motors and subsequently Chrysler. Both were also taken over by the government and reorganized in a desperate attempt to head off further job losses, the collapses of suppliers, which would have then taken out other more solvent auto companies and, arguably, caused a 21st century Great Depression.

As a result of all this financial maneuvering, U.S. taxpayers now own 74% of the outstanding shares of Ally’s common stock, as well as $5.9 billion of mandatory convertible preferred stock.

With the $2.7 billion in proceeds next week, Treasury will have received approximately $4.9 billion in return from Ally to date, including $2.2 billion in dividends and interest.

“This transaction marks a key step in the company’s plan to repay the U.S. taxpayer in full,” said Ally Chief Executive Officer Michael A. Carpenter. “We are grateful for the taxpayer’s investment in the company during the financial crisis, which enabled Ally to play an integral role in the U.S. auto recovery and ensure that thousands of automotive dealers and millions of consumers had access to credit.”

In order for taxpayers to get completely paid back, Ally needs to successfully return to the public trading of its stock, no small matter given its weak balance sheet and damaged reputation.

Not surprisingly, Treasury has been taking steps to allow this to happen, and is maneuvering to clean up Ally’s books by moving liabilities to other entities – notably the impending financial disaster known as Fannie Mae – and converting its bonds into stock, in what critics call financial engineering.

However, Treasury supporters argue – with validity in this tangled mess – that this is required if taxpayer money is to be recouped.

More controversial was a Fannie Mae Settlement late last year where the U.S. Federal Government moved Ally liabilities of approximately $292 billion for mortgages that were not written correctly – another business euphemism – at a cost of only $462 million to Ally.