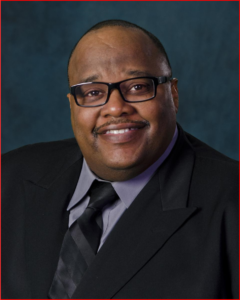 “Every Ford employee and temporary employee will be at the top-rate for full-time status at the end of this four-year agreement.”

Ford Motor the largest producer of vehicles and the largest employer of UAW-represented autoworkers, with ~55,000 hourly employees in the U.S., confirmed today that it has reached a four-year contract. It will result in a $700 million Q4 charge, primarily associated with a ratification bonus that prompted only 56.3% of  UAW Ford members to ratify the 2019 Collective Bargaining Agreement.

“Every Ford employee and temporary employee will be at the top-rate for full-time status at the end of this four-year agreement,” said Acting UAW President Rory Gamble, who is Director of the UAW Ford Department. “This is a life-changing.”

The International Executive Board recently put Gamble in charge to address the egregious misconduct that was revealed by FBI criminal investigations of Gary Jones, in the fraudulent diversion of funds from FCA Fiat that were supposed to support UAW worker training1.

Jones had refused to stand down as president during the contract talks as criminal investigations ensue. A two-year probe has already led to the convictions of five people affiliated with the UAW and three Fiat Chrysler executives. Michael Grimes, a retired senior official with the union’s GM division, charged with wire fraud and money laundering for allegedly receiving $2 million in kickbacks from UAW vendors has pled guilty to stealing from union members over a period of nearly 12 years, 2006 and July 1, 2018.

The agreement covers UAW-represented hourly employees in Ford manufacturing facilities in Michigan, Ohio, Kentucky, Missouri, Illinois and New York. There will be no more permanent temporary situations and no more permanent tiers.

The terms of the new agreement provide Ford with opportunities to improve its manufacturing and operational fitness, including:

A Ford spokesperson told AutoInformed that further details will be released at a later date, and declined to elaborate on specific plant actions.

“I want to thank the Ford National Negotiating team and the many UAW staff and members who stood together and crafted a strong contract for both today’s members and future members,” said Gamble. “Ford’s commitment to job security and assembly in the United States is a model for American manufacturers.”

The UAW will proceed to pattern bargaining with FCA on Monday.

1 Message to UAW Members from Gary Jones on November 15:

“I would first like to thank you for what you have done for this union. We are only as strong as our members, and I am so humbled to represent you. We have a big task ahead of us, but I am confident that we will succeed.

“In my first message, I said that I would communicate with you and keep you updated on major initiatives. The International Executive Board entrusted me to take this union forward and address the misconduct that has come to light, and I take that charge very seriously. I know you do, too. Our members are the backbone of this institution, and I want you to know that I value each and every one of you and I need your help to take this union forward.

“In my first week as Acting President, I said that I would move swiftly to enact reforms that would strengthen this union and our resolve to move forward with a commitment to ethical reforms, transparency, and accountability. And with the support of the International Executive Board, I’ve done just that. So, let me outline our first reforms and actions on behalf of this union, our members and our staff.

“I do this on behalf of all of our members and I say this here: I need your help and support. And I welcome your feedback.

“Here are our initial reforms:

In regard to Cabin Four at Black Lake:

We intend to sell Cabin Four at Black Lake. Cabin Four and its related property at the UAW’s Walter and May Reuther Family Education Center will be put up for sale.”