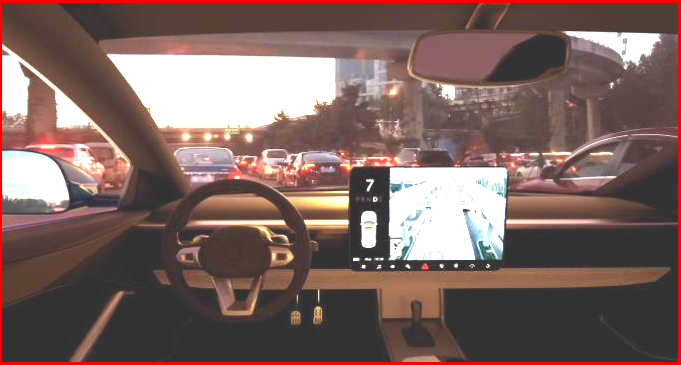 It doesn’t matter which side the steering wheel is on if you can’t use it.

Newly released data show that motorists are now more fearful and skeptical about computer-controlled driving than they were just two years ago. The online motor specialist BuyaCar.co.uk has tracked consumer attitudes to the concept of autonomous vehicles since April 2017.

The latest findings might worry policy makers, safety advocates and politicians who are doggedly insisting that driverless cars be introduced onto not only the UK’s roads, but in other western economies.

In February the UK Department for Transport announced that it wanted to see driverless cars start to be introduced as early as 2021 – but motorists questioned by BuyaCar.co.uk may have other ideas.

Every measure of skepticism, fear and mistrust has increased since April 2017, while enthusiasm or even acceptance of the inevitability of such vehicles have diminished, according to the company’s latest findings.

Two years ago, 46% of drivers said giving up control of their car “horrifies me.”  That figure has now risen to 56%. The already tiny percentage of 11% for whom driverless cars were an exciting development has almost halved to just 6%

As trials got under way in the South London towns of Bromley and Croydon, where five autonomous vehicles are being tested day and night, BuyaCar.co.uk’s research revealed that fewer drivers than previously believe they will ever use one.

Underlying the growing skepticism around autonomous vehicles are fears about giving up control and the potential for technology to go wrong.

As AutoInformed has reported (DOJ: Cybersecurity, Hacking Urgent Issues for Automakers Automotive Cyber Attacks Continue to Increase Black versus White Hat Cyber Attacks on Your Vehicle). As hackers become more familiar with the components of connected vehicles, tools to attack connected vehicles or bicycles are easily found and cheap to procure. Thieves in Winnipeg used a $5 device, says Upstream Security, they bought over the internet to unlock a car using an electromagnetic pulse, stealing insurance papers that were left inside. While this hack, arguably, had limited damage, think how effectively a device like this could be used on a fleet or even for a targeted attack on valuable documents. These kinds of attacks are real-world threats which are driven by real criminals. Once they breach a network or vehicles, the result will not be a written report.

Server Attacks: Upstream says that 21.4% of the attacks on connected vehicles are server attacks, and the majority are Black hat – launched by criminals with malicious intent. The term ‘server’ covers many incidents, including Telematics command and control servers, Smart Mobility application services and breached web servers such as websites of automakers, said AutoInformed

In self-destroying Brexit land, BuyaCar.co.uk  says that during the past two years fear of not being in control of a vehicle has risen from 55% to 62%. Concerns over poor quality road markings leading to confusion for sophisticated visual recognition systems are also on the increase, with a rise from 24% to 29% of motorists mentioning it as a factor. But overall, a general sense of mistrust appears to be building, with 44% of drivers now saying they ‘just don’t trust the idea of a driverless car’, compared with 34% in April 2017.

Even fear of cyber-attacks affecting the behavior or security of the car has increased, from 23% of UK motorists to 28% citing that as a worry.