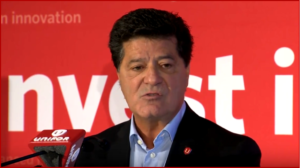 “At a time of record profits, General Motors plans to close its top-quality Oshawa plant while the company continues to expand production in Mexico. The closure of the Oshawa Assembly Plant would result in the loss of thousands of Canadian jobs, taking livelihoods away from the very people who bailed GM out, when it was facing bankruptcy.”

General Motors Canada said Unifor’s call for a boycott on the purchase of Mexican-made vehicles is bad for Ontario workers. GM sales in Canada declined 30% in December after GM said it would slash Canadian and American manufacturing while expanding production in Mexico.

GM Canada said: “In today’s integrated auto industry, a call for a boycott of Mexico-made automobiles, if successful, could create collateral damage across the wider Ontario economy, which has over 60 Ontario-based auto parts companies supporting Mexico production. GM is also one of 10 automotive companies that import vehicles from Mexico and is among five who also build here in Canada.”

Well, yes but slowly starving the Canadian Auto Industry by sending more-and-more work to Mexican plants who earn $2 an hour seems incredibly unfair because Canadians contributed $11 billion dollars to GM’s recovery after the 2008  bankruptcy. Slashing high-paying manufacturing jobs is no way to support a middle class in Canada, and a poor way to support car payments.

GM Unifor members make North American transmissions in St. Catharines and stamp body panels in Ingersoll that go into Mexican made vehicles sold in Canada for the moment.

“GM is arrogant enough to think it can rob Canada of jobs without repercussions,” said Unifor National President Jerry Dias, who resisted the boycott at first. “GM is making a choice to increase manufacturing in Mexico while it abandons communities that have supported it for generations. Make no mistake Canadian and American consumers also have a choice,” he concluded.

On 26 November 2018, GM claimed that it does not have a viable business case for production at the Oshawa Assembly plant after the end of this year. This is in violation of the current union contract that GM agreed to. It cited economic factors, including rapid changes in the North American car market, the cancellation of Oshawa products (by GM) and persistent low utilization at the plant.

The boycott call is specific to vehicles manufactured in Mexico so that GM feels in its pocketbook that its customers will not be party to the exploitation and betrayal of workers.

“The threat of collateral damage for Ontario-based auto suppliers, auto dealers and workers are concerning, especially for an Ontario economy that is now open for business, with every opportunity to now benefit from increased trade with Mexico,” said GM Canada vice president, David Paterson. More or less he said to be happy with crumbs.

Unifor continues to ask consumers to show their support by purchasing North American union-made vehicles, including GM products (a list of can be found here). The union also debuted a new television commercial that outlines how to identify where your vehicle is made through its VIN number. For more information visit SaveOshawaGM.ca.

Since 2009, GM says it has reinvested more than $100 billion into Canada through manufacturing, purchased goods and services, and over $8 billion invested into worker pensions. GM’s investment in Canada has also created Canada’s largest automotive software engineering workforce as it continues to add jobs in next-generation automotive engineering, software and testing work in Oshawa, Markham, Kapuskasing and soon in Toronto. However, Mexico and Canada now make about 645,000 vehicles each.

GM Canada continues to build in Canada with production at its plant in Ingersoll alone (for the moment) roughly equal to its total retail sales in Canada.

“GM is doubling down on the exploitation of Mexican workers before CUSMA comes into effect,” Dias said at a Toronto media conference. “Oshawa Assembly is a high-performing, viable plant that Greedy Motors is walking away from solely to inflate profits by paying Mexican workers poverty wages.” 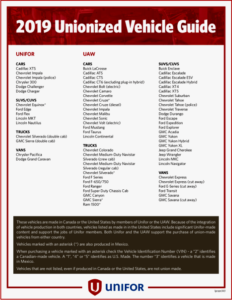 AutoInformed on GM Canada versus Unifor