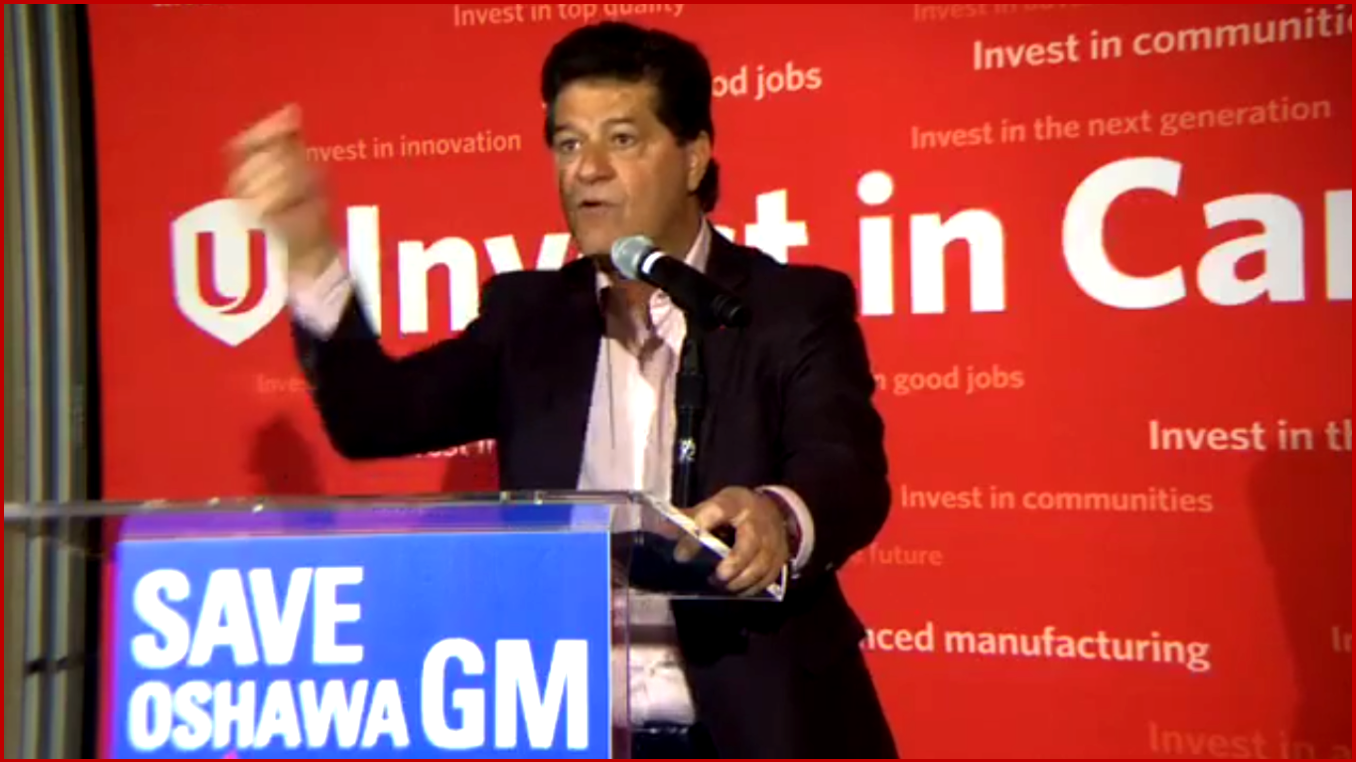 This might be a textbook case of why an even-to-low probability – specifically a major disruption to GM business in Canada – is not zero probability as GM thought and, worse, acted.

Unifor represented workers at Inteva Products in Whitby Canada walked off the job today at 8:30 am today in protest of GM’s plan to end production at Oshawa Assembly after December 2019. (GM Rejects Unifor Proposals for Oshawa Plant Closing)

The approximately 100 workers at Inteva, members of Unifor Local 1090, face job loss if the GM Oshawa Assembly plant is closed, along with thousands more workers in facilities which provide auto parts and services for GM Oshawa.

Despite earning more than $6 billion U.S. in the first three quarters of 2018, General Motors announced plans to end production at the Oshawa Assembly Plant after 2019. The loss of 2,900 direct jobs at GM and thousands more in auto parts and services is not acceptable to Unifor or to Canadian consumers. Thousands have signed an online petition demanding GM allocate product to Oshawa. For more information go to the campaign website SaveOshawaGM.ca.

Unifor’s message expressed by Jerry Dias, remains consistent – GM Oshawa Assembly must not close. GM can change course, and work with Unifor and government to develop a new plan that saves Oshawa GM.

On Monday, January 14, Dias met with Premier Ford of Ontario and Navjeet Bains, Minister of Innovation, Science and Economic Development. While both representatives committed to making efforts to save the assembly plant, the union believes that these actions must include increased, united pressure on General Motors to prevent widespread job loss.

“The protest staged by members at Inteva Products today shows that the workers affected by a closure are willing to fight, and we expect our governments to do the same,” said Dias. “The effects of a closure would be devastating to our communities and economy. It is up to the Premier and Prime Minister to apply maximum pressure to General Motors to develop a new plan that will save the 24,000 jobs threatened by GM’s plan.”

Dias said that nobody is winning here but vowed this will be the worst NAIAS auto show in GM at a media conference at 1:45 pm at the Detroit Auto Show. Dias also noted the GM sales in Canada dropped 30% as Canadians boycotted its products. Unifor is no endorsing the boycott yet, but Diaz said there will be more actions and announcements tomorrow.

“GM just hopes we will be quiet and go away, the chances of that are zero,” said Unifor National President Jerry Dias. “We will get General Motors’ attention today, tomorrow and the next day.”

“There is zero chance of Unifor going away,” Dias vowed, adding that GM and the Canadian Ontario and Federal Governments were likely surprised by the bad feelings invoked in Canadians who supported GM when it was bankrupt with $11 billion.

Unifor is Canada’s largest union in the private sector, representing 315,000 workers in every major area of the economy. The union “advocates for all working people and their rights, fights for equality and social justice in Canada and abroad and strives to create progressive change for a better future.”

1 Response to Unifor Inteva Canadian Plant Walks Out Against GM