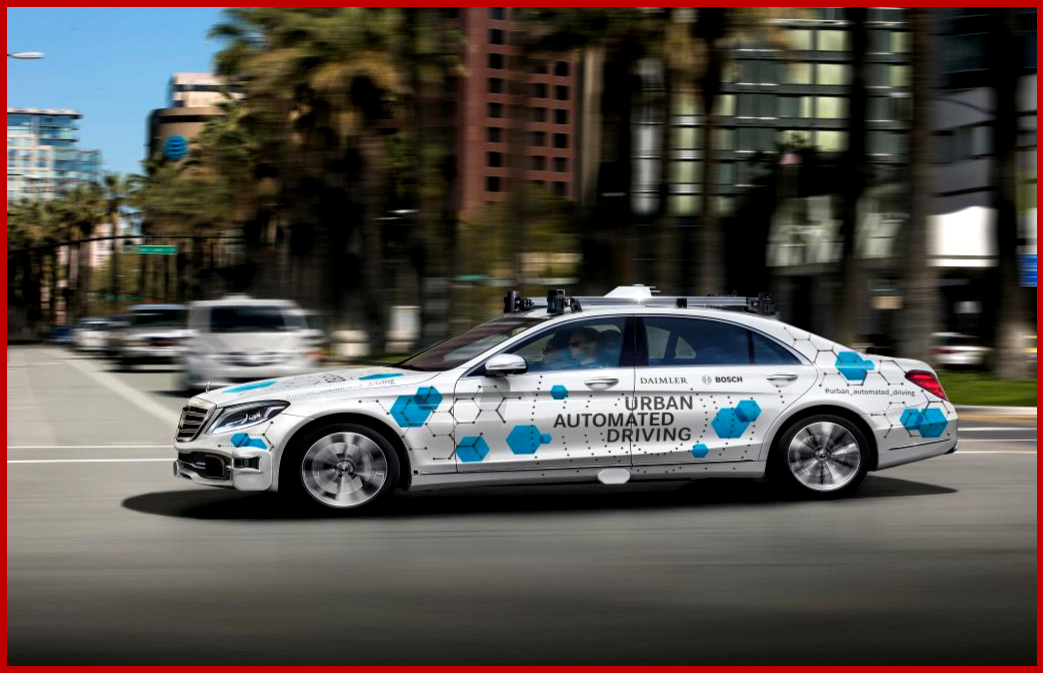 A highly selective test, but a small step toward an autonomous future.

Daimler AG has been working on series development projects not only for specific SAE Level 3 vehicles but also for Levels 4 (high automation – driver has the option to control the vehicle) and 5 (full automation). Level 3, also known as Conditional Autonomous driving, requires a driver who must always be ready to take control of the vehicle  when it is driving itself. It’s essentially an improved automatic warning system that alerts the driver about potential conflicts or crashes and requires the driver to make critical decisions on braking, steering or turning because the underlying computing, processing and sensing systems are not proven or sophisticated­ or reliable enough the be trusted.

Daimler’s has programmed its systems largely in-house right from the very beginning. During 2019 that will end with the launch in San José, Silicon Valley, of its first pilot program with German uber-supplier Bosch, on self-driving vehicles – read Daimler and Bosch Target San José for Automated Ride-Hailing, which will explore Levels 4/5 in urban environments.

This will be the next milestone within the existing cooperation between partners Daimler and Bosch and the cooperation will continue as planned despite the BMW JV. (Mobility Company Capital Destruction. Latest German BMW Daimler JV Attempts to Lessen Negative Effects on Shareholder Value) Early next decade buy modvigil, Daimler will bring to the market automated, but driver required (Level 3) vehicles. Daimler also claims fully automated (Level 4/5) vehicles will appear thereafter, but this could be ten years from now. Daimler boasts that it is the only to the OEM in the world to be able to apply autonomous driving in every relevant segment, from passenger cars and vans to buses and trucks, and is therefore relying on scalable solutions to deliver automated driving.

Autonomous driving at the BMW Group

The BMW Group has been working on what it termed at the time highly automated driving since 2006, and has established a non-exclusive platform with technology specialists, suppliers and OEMs to take it to series production. (Read AutoInformed.com on BMW Has Claim on Leading Electrification as iNEXT Debuts in LA and Mercedes ‘EQ Ready’ App Picks EV or Hybrid for You) Since 2017, work in this area has been consolidated at the Autonomous Driving Campus in Unterschleissheim, just north of Munich, and the industrialization and scalability of the technology is being advanced with the support of partners.

Brand new software changes are used at the Campus to speed up development of the platform and “set new industry standards.” Around the world, more than 70 vehicles are testing the technology. They collect data in order to improve machine learning with artificial intelligence through simulations and try new Level 2 – 5 functions out on the road. The generation of technologies that is currently under development will go into series production as Level 3 automation in 2021 in the BMW iNEXT where it will also be Level 4 enabled for pilot projects.