Posted on 9 January 2017 by Kenneth Zino 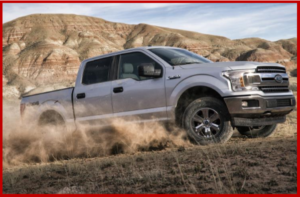 The bad news is that the ongoing increase of incentives, longer loan terms, growing sub-prime lending – including on trucks – and the fact that the Detroit Three can’t give away a car is potentially troubling. Helped by incentives of more than $8,000 at year end, the Ford F-Series pickup retained its title as the best-selling vehicle in the land at 820,799.

The upcoming 2018 model F-Series will have a standard 3.3-liter V6 engine, with direct-injection for increased efficiency projected to be rated at the same 282 horsepower and 253 lb.-ft. of torque as the previous model’s standard 3.5-liter V6. Closely following Ford is Chevrolet Silverado at 575,000. If you add GMC’s Sierra pickup at 220,000, GM is close to outselling Ford. FCA’s Ram was in third place at 489,000. There’s a big bet on oil prices staying low by the Detroit Three here. Moreover the Detroit three are under attack in the truck segment by Toyota, Nissan and Honda.  We have all seen this movie before. (EPA Keeps 54.5 MPG Fuel Economy Rules in Place,  Power of Ridgeline Ad takes on Other Small Pickups, First Look: 2016 Nissan Titan Full Size Pickup)

During 2016, offshore brands continue to sell many – seven out of ten – of the of the most popular light vehicles in the U.S. Everything told, international brands ended 2016 with sales of 9,657,687 vehicles for a 55% share of the U.S. auto market. In the all-important Top Ten Category that accounts for more than 25% of total U.S sales volume, it’s where the money is, there was not one Detroit Three vehicle after the pickups.

Ken Zino is an auto industry veteran with global experience in print, broadcast and electronic media. He has auto testing, marketing, public relations and communications expertise garnered while working in Asia, Europe and the U.S.
View all posts by Kenneth Zino →
This entry was posted in news analysis, sales and tagged 2016 u.s. auto sales, autoinformed, autoinformed.com, Ken Zino, top ten us sellers. Bookmark the permalink.