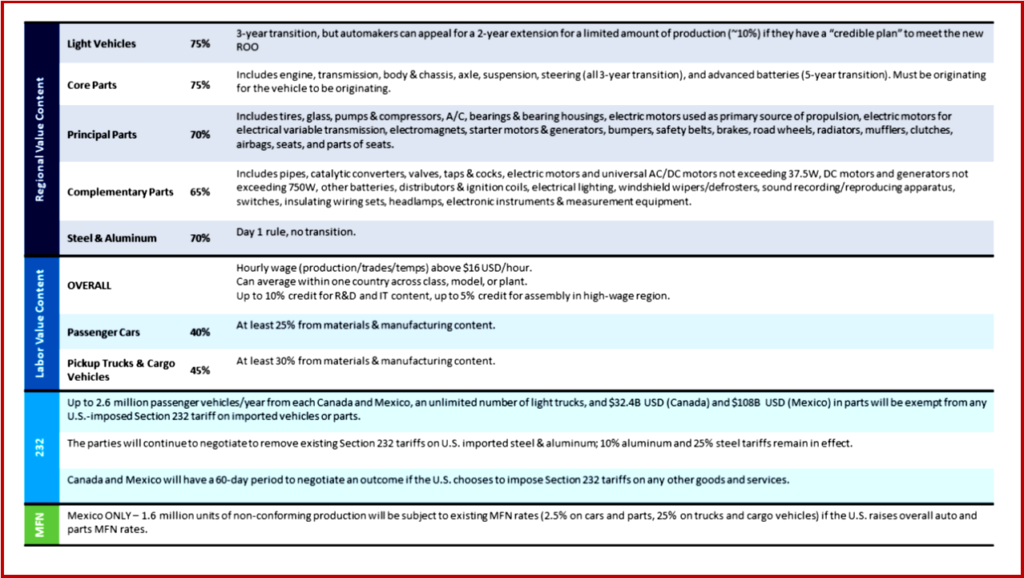 Our friends from the Center for Automotive Research e-mailed to say what readers might expect from the new USMC that will likely supersede NAFTA – aka NAFTA Lite at AutoInformed. The United States-Mexico-Canada Agreement or USMCA – and automakers, suppliers. Policymakers are trying to understand the 1,800+ pages of text released by the U.S. Trade Representative on 30 September 2018.

“While there is a lot that is different in this new agreement about automotive trade, there are some things that remain the same,” CAR notes.

AutoInformed agrees that the text offers greater certainty about the future of North American automotive production, trade, and investments, the USMCA still must be signed, ratified, and the enabling legislation must be passed in each of the three countries before the agreement can go into effect on the target date of 1 January 2020. It’s by no means a sure bet.

What has not changed?

A few significant things did not change between NAFTA and the USMCA. There is still a tri-lateral trade deal, and there are specific rules of origin (ROO) for automotive and automotive parts trade. Some other parts of the original NAFTA remain mostly intact including the dispute resolution mechanism known as “Chapter 19” (now Chapter 31). 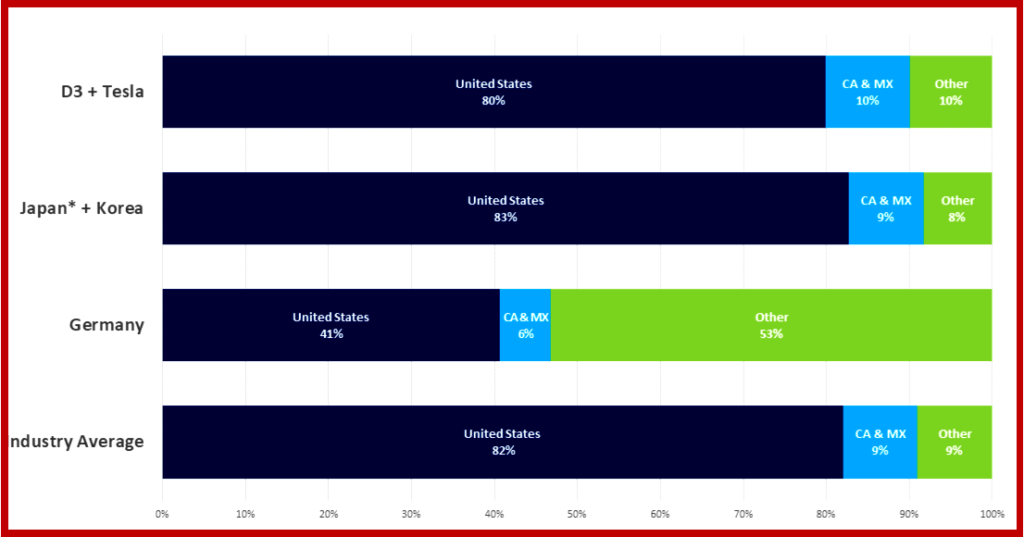 Instead of the 62.5% North American content hurdle in NAFTA, USMCA has a regional value content (RVC) threshold for vehicles and three categories of automotive parts: core, principal, and complementary.

AutoInformed notes that Only three vehicles imported to the U.S. — Nissan Versa, Audi SQ5 and the Fiat 500 — are above that 62.5% threshold and below the new 75% requirement. Those three vehicles sold a combined 177,097 units in the U.S. last year, according to Mexican manufacturing publication Manufactura.

There is a new RVC for North American steel and aluminum content and a new labor value content (LVC) rule that states that 40% of a passenger vehicle and 45% of a pickup or cargo vehicle must be made by hourly workers who earn a wage of US $16/hour or more un-adjusted for inflation so that it becomes meaningless over time.

Canada and Mexico also negotiated so-called side letters that mostly exempt light vehicle and parts exports to the United States from potential national security tariffs under Section 232 of the Trade Expansion Act of 1962.

CAR says Canada and Mexico can each send up to 2.6 million vehicles to the U.S. market without incurring Section 232 tariffs if the United States imposes these tariffs. There is no limit on the number of trucks that the countries can export to the U.S. market, and parts exports are limited to US$32.4B for Canada and US$108B for Mexico. For comparison, 2017 U.S. parts imports from Canada were US$15.8B and from Mexico were US$53.1B.

Mexico also negotiated provisions that exempt USMCA non-conforming automotive exports from any increases in the U.S. Most Favored Nation (MFN) tariff rates that the U.S. must offer to all members of the World Trade Organization. Under this provision, up to 1.6 million vehicles that do not meet the USMCA ROO, RVC, or LVC will be grandfathered in at the current 2.5% tariff rate for passenger cars and automotive parts and 25%t tariff for pickup trucks and cargo vehicles.

The Mexican government announced that 32% of that country’s current vehicle output does not conform to the new USMCA rules – about 780,000 vehicles, well under the 1.6 million cap.

Canadian, Mexican, and U.S. leaders are expected to sign the USMCA while attending the G20 summit in Buenos Aires in November 2018. Signing the agreement is an essential step before the deal can be entered into force, but much more must be done in each of the three countries before the USMCA can become law, accoring to CAR.

In Mexico, the legislative process to ratify the deal and enact the enabling legislation is expected to be quick. The deadlines to notify the U.S. Congress of the agreement on 31 August 2018 and release the text of the agreement on 30 September 2018 were all aimed at getting the USMCA approved by outgoing Mexican President Enrique Peña Nieto who leaves office on 1 December 2018.

In Canada, the USMCA must be approved by the Cabinet and considered by the Parliament, which is comprised of the House of Commons, the Senate, and the Sovereign. The Parliament will make necessary legislative and regulatory changes, and the deal must receive “royal assent” (approval by the Governor General). The only hard timeline in this process is that the House of Commons must sit with the agreement for 21 days of consideration and debate before moving forward. Canada holds federal elections in October 2019 – so for USMCA to go into effect on 1 January 2020, Canada will likely have to complete the ratification process before the election.

In the United States, the Congress is considering the USMCA under the Trade Promotion Authority (TPA) rules which set out milestones that are required to “fast track” the legislation (receive an up/down vote in the Congress without amendments).

A critical milestone is that the TPA requires a report on the economic impact of the trade deal from the U.S. International Trade Commission within 105 days after the agreement is signed (which would be in mid-March 2019 if the parties sign the deal at the end of November 2018).

Republicans in Congress are considering trying to pass the bills in 2018 during a lame duck session of Congress, but it is not certain that the ITC report would be available that quickly. The Congress could vote to modify the rules and not require the ITC report for passage to meet a more aggressive timeline. Without strong bipartisan support for the deal, the normal timeline is more likely, and the 116th Congress that takes office in January 2019 will likely be the one that considers the agreement.