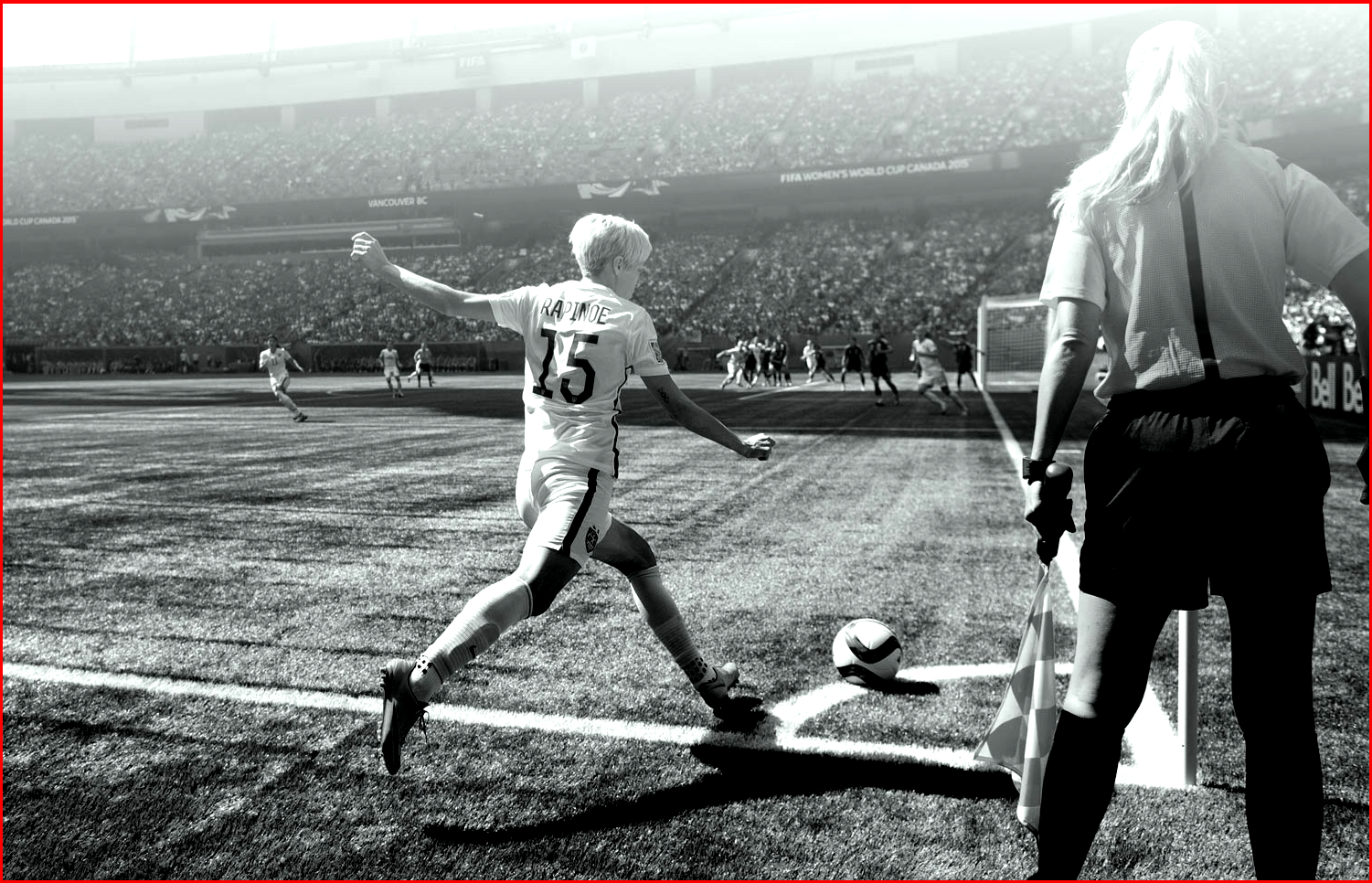 “We at Volkswagen of America are disgusted by positions taken by U.S. Soccer.”

The U.S. Soccer Federation apologized after it contended in court documents that women on its national team had lesser responsibilities and physical abilities than their male counterparts and should be paid less than men. This blatantly sexist assertion drew widespread criticism and ignited a player protest the Associated Press reports.

USSF President Carlos Cordeiro’s weak and mild expression of regret on Wednesday night came after The Coca-Cola Co. lambasted the federation for supporting lesser pay for its female stars. Coca-Cola called the federation’s assertion in documents filed earlier this week “unacceptable and offensive.” 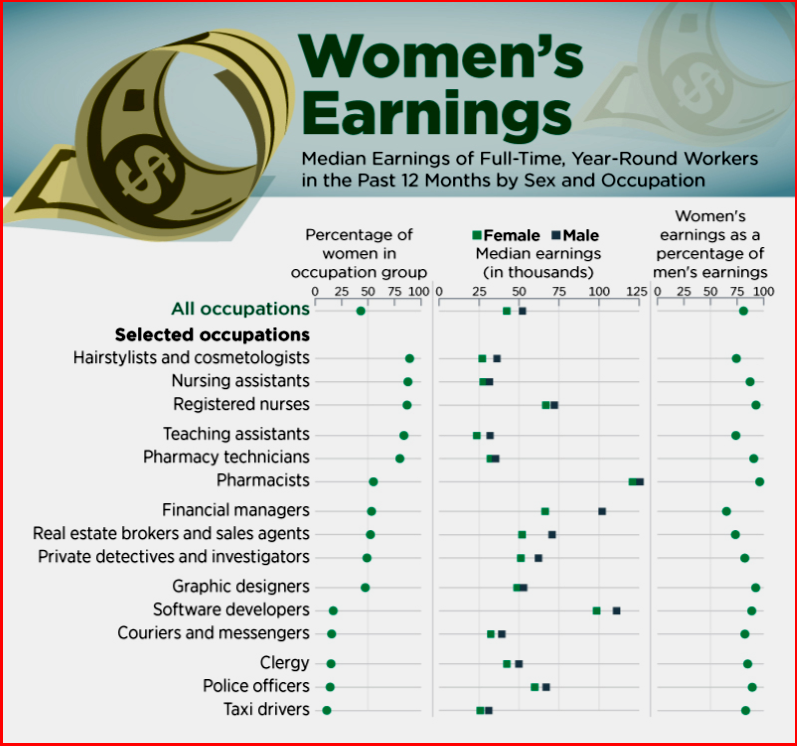 Court documents filed Monday in response to the players’ motion for a summary judgment, the USSF said the women claimed their ability level is the same as the men “by ignoring the materially higher level of speed and strength required to perform the job of an MNT player.”

These sorts of things don’t go better with Coca-Cola, so to speak.

“We have asked to meet with them immediately to express our concerns. The Coca-Cola Co. is firm in its commitment to gender equality, fairness and women’s empowerment in the United States and around the world and we expect the same from our partners,” Coca-Cola said in a statement.

Coca-Cola has been partner with the USSF, as well as a global sponsor of the World Cup since 1974. Other sponsors followed by protesting, including Budweiser.

Procter & Gamble supports the USSF through its Secret deodorant brand, last year it donated $529,000 to help close the gender pay gap: $23,000 for each of the 23 players on the U.S. World Cup roster.

Now Volkswagen is finally speaking up. In a statement issued today: “We at Volkswagen of America are disgusted by positions taken by U.S. Soccer and they are simply unacceptable. We place great emphasis on gender inclusivity (sic) and equality and require our partners do the same. We stand by the USWNT and the ideals they represent for the world. We demand that U.S. Soccer rise up to these values.”

Cordeiro also announced a shake-up of the USSF legal team.

NBC Sports reports that USWNT star Megan Rapinoe dismissed the apology immediately: “We don’t buy it…. That wasn’t for us. That was for fans, media, sponsors… Every negotiation we’ve had, those undertones are in there that we’re lesser. Every mediation session that we had, any time we meet with them and obviously the reason we filed this lawsuit. So, for him to put that out saying sorry, presuming it’s for us, we don’t buy it. That wasn’t for us at all, that was for everybody else.”

The USWNT warmed up for Wednesday’s match with their uniform tops inside out, hiding the federation badge, and took its Starting XI photo as an entire squad. Rapinoe scored the first goal in a 3 to 1 win against Japan. Not surprisingly the official USWNT website is ignoring the controversy  and the apology and the lawsuit and the team protest photos. Maybe they should hire a female journalist who once played soccer, or a mom. 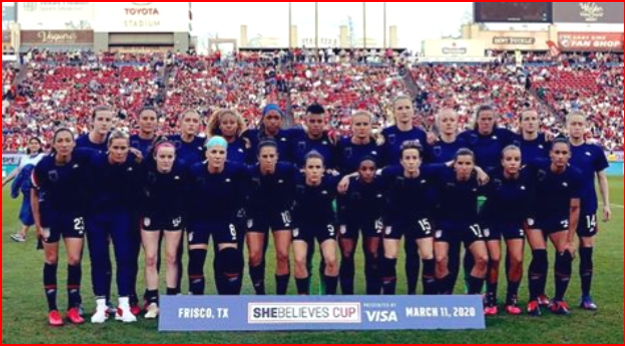 Here’s the protest lineup photo with jerseys inside out.