Posted on 1 September 2019 by Kenneth Zino 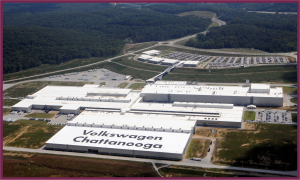 Under the proposed settlement, VWGoA has agreed to reimburse eligible customers for the fuel economy restatement.

Volkswagen Group of America (VWGoA) said Friday of the Labor Day weekend that it has reached an agreement with private plaintiffs to resolve outstanding claims concerning the fuel economy ratings of certain Volkswagen Group Model Year 2013-2017 gasoline vehicles sold or leased in the United States.

The settlement in Volkswagen’s view removes the uncertainty of protracted litigation and does not include any admission of liability or wrongdoing by Volkswagen. AutoInformed thinks that VW is buying off lawyers in a case that is similar to  – if not identical – the calculated fraud of Dieselgate where it was flagrantly guilty. The Environmental Protection Agency has not agreed to the deal.

The fuel economy information for 98,000 affected VW vehicles, or approximately 3.5% of Model Year 2013-2017 gasoline vehicles sold or leased in the United States, will be restated to reflect a one mile per gallon overstatement, when rounded according to the U.S.-specific “Monroney” label requirements.

Under the proposed settlement, VWGoA has agreed to reimburse eligible customers for the fuel economy restatement. Eligible customers will receive payments ranging from $5.40 to $24.30 for each month the vehicle is owned or leased. The total value of the settlement, which is subject to Court approval, is approximately $96.5 million. Lawyer’s fees were not disclosed.

VWGoA will also adjust its Greenhouse Gas (GHG) credits to account for any excess credits associated with the fuel economy discrepancy. The adjustment,  as noted, is subject to final approval from the U.S. Environmental Protection Agency.

Potential claimants will have to submit a claim to receive compensation but do not need to take any action at this time. Individual class members will receive information about their rights and options (including the option to “opt out” of the settlement agreement) if the Court grants preliminary approval of the proposed agreement.