Posted on 7 November 2018 by Kenneth Zino

The Volkswagen Group has a newly developed quantum algorithm that it claims will allow public transport organizations and taxi companies to deploy their fleets more efficiently and minimize waiting times for passengers. 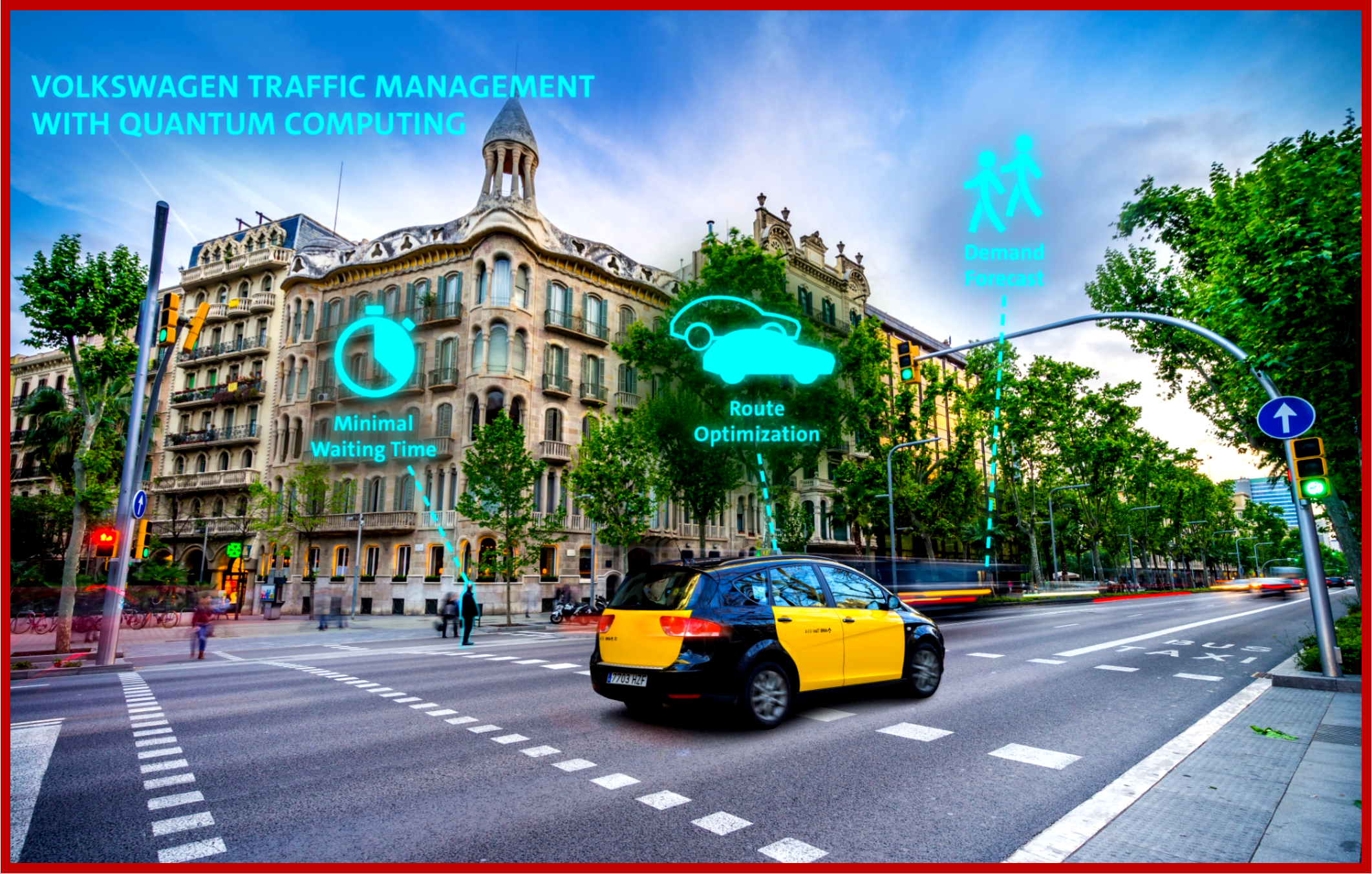 Yes, your privacy is at stake here. A fight is coming on what each company will share, what remains proprietary, and what happens to your data.

Quantum computers can solve highly complex tasks such as traffic optimization much faster than conventional super-computers; and in some cases, a solution is only possible with quantum computers. For this future-oriented computing technology, Volkswagen sees considerable potential for new applications within the company and new business models.

Volkswagen claims it has succeeded for the first time, in developing a quantum computer with a traffic management system that will replace forecasts of urban traffic volumes, transport demand and travel times by precise calculations. As a result, public transport organizations, taxi companies and transport service providers will be able to deploy their fleets more efficiently, minimizing wait times for passengers. Volkswagen and quantum computing specialist D-Wave recently presented the project at the Web Summit technology conference in Lisbon.

For the newly developed traffic management system, the use “anonymized” movement data from smart phones or transmitters in vehicles (Yes, your privacy is at stake here.) to calculate traffic accumulations and the numbers of people involved, i.e. possible passengers, on conventional computers. The second step, optimization, is completed by the quantum algorithm, and the experts have considered several options. For example, it would be possible to assign precise numbers of vehicles to different destinations (“demand spots”) on a predictive basis and provide transport for specific numbers of people.

This would mean – in theory – that taxis and buses waiting a long time for passengers or driving considerable distances without passengers would be a thing of the past as a shortage of vehicles in locations with significant demand can be corrected. Taxi operators could reduce expensive empty operation and public transport operators could add additional trips to their fixed timetables in line with demand.

For Volkswagen and other automakers, this development means that the quantum-optimized traffic management system could be offered as a commercial service they could make money off your data. With respect to the networking of traffic infrastructure and vehicles, the Volkswagen experts also see application possibilities for their algorithm, especially for autonomous vehicles.

The Volkswagen experts first want to test the algorithm in Barcelona as they have an adequate database for this city. They are cooperating with the telecommunications service provider Orange and data science specialists, Teralytics. The algorithm could be scaled up or down for any city.

IT experts from Volkswagen, including data scientists, computer linguists and software engineers, are working together at the IT labs in San Francisco and Munich to develop the potential of quantum computers for applications that will be beneficial for the company. The focus is on the programming of algorithms on quantum computers. These are different  than conventional computers.

In the field of quantum computing, the Volkswagen Group is cooperating with technology partners Google (no respecter of your privacy) and D-Wave, who provide the Volkswagen experts with access to their systems.