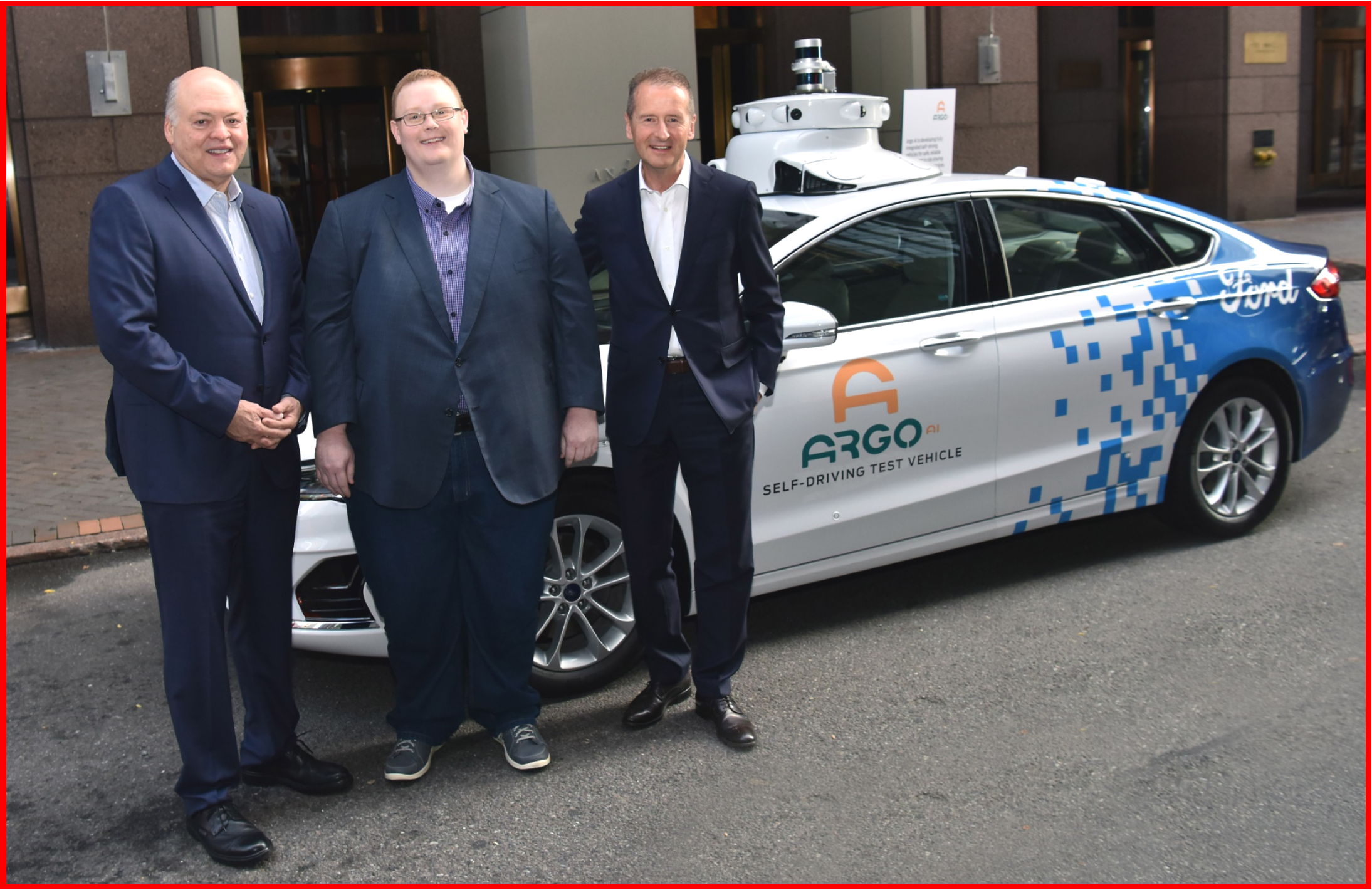 The latest bet in the high stakes autonomous vehicle game came this morning when Ford Motor Company and Volkswagen said they are expanding their global alliance to include electric vehicles – and will collaborate with Argo AI to introduce autonomous vehicle technology in the U.S. and Europe. (AutoInformed – Ford Places $1B Bet in Argo AI on Autonomous Vehicles)

Citing improved competitiveness, cost and capital efficiencies, as well as quicker time to a yet unknown, nebulous market, Volkswagen CEO Dr. Herbert Diess and Ford President and CEO Jim Hackett shared a stage for a discussion about a move that could make or break one or both companies. The alliance, which covers collaborations outside of Volkswagen and Ford’s joint investments in Argo AI, does not entail cross-ownership between the two companies and is independent from the investment into Argo AI.

The biggest problem with automotive Alliances – the struggling Nissan Renault link-up is the poster child – is that different corporate cultures and above all executive egos clash in ways that undermine the compelling logic on paper that they go forward. The play on the stage has little to do with backstage back-stabbing. (Renault Returns the Nissan Abstinence Vote Favor)

While performing, Diess came off as a relaxed automotive intellectual who is thus far successfully rebuilding what was a corrupt culture at VW that was falsifying deadly diesel emissions levels. These actions reaching to the highest corporate levels mocked and deliberately thwarted global aspirations to eliminate the earth-destroying climate effects of CO2 emissions from the transportation sector.

In the audience, looking like a cat that had devoured the world’s supply of canaries, was Argo AI CEO Bryan Salesky. Argo AI’s self-driving system (SDS) is the first with commercial deployment plans for Europe and the U.S.

By imbedding itself into both automakers’  failing global carcasses, Argo AI’s platform has, potentially, the largest geographic deployment of any autonomous driving technology to date – if the companies survive the fast spreading CO2 virus.

Here Argo is hedged because Volkswagen and Ford independently will integrate Argo AI’s SDS into purpose-built vehicles to support the ongoing separate people and goods movement initiatives of both companies.

Argo AI’s focus remains on delivering a SAE Level 4-capable SDS to be applied for ride sharing and goods delivery services in dense urban areas. This means driverless cars, but only ones that operate in defined, discrete areas. Fleets are a good starting point, and Argo* is currently testing in 5 U.S. cities and hoping to add one in Europe next year.

Level 5 – anywhere, anytime driverless operation – is a long way off said Salesky. He is potentially a 21st century caption of industry, one that is so mutated from 19th and 20th century examples so well know in Detroit, New York or indeed Argo’s Pittsburg as to be science fiction except he is real.

Consider Ford and Volkswagen will have an equal stake in Argo AI, and combined, Volkswagen and Ford will own a substantial majority. The remainder will be used as an incentive pool for Argo AI employees. The full transaction is subject to regulatory approvals and closing conditions when in finishes next year.

Diess and Hackett also announced Ford will become the first additional automaker to use Volkswagen’s dedicated electric vehicle architecture and Modular Electric Toolkit – or MEB – to deliver a high-volume zero-emission vehicle in Europe starting in 2023.

Ford wants to deliver more than 600,000 European vehicles using the MEB architecture over six years, with a second all-new Ford model for European customers “under discussion.” This is key to  Ford’s latest European strategy, which involves continuing to play on its strengths – including commercial vehicles, compelling crossovers and imported vehicles such as Mustang and Explorer.

Volkswagen started developing its MEB architecture in 2016, investing approximately $7 billion in the platform. The carmaker is planning to use this platform to build approximately 15 million cars for the Volkswagen Group in the next decade. (AutoInformed – Chattanooga to Build US VW Electric Vehicles)

For Ford, using Volkswagen’s MEB architecture is part of its more than $11.5 billion shareholder investment in electric vehicles worldwide. It also supports Ford’s commitment to offer its European customers a broad range of electric vehicles while meeting its sustainability commitments. Ford stock is currently languishing in the ~$10 a share range, well below the five-year high of $17.40, as financial markets continue to be skeptical about Ford’s future.

Ford has previously claimed that it can slash an additional $11.5 billion via cost and efficiency programs in what looks to be a difficult slog to the promised, but still weak 8% EBIT by 2020.

This 8% automotive operating margin is normally obtained or surpassed by offshore automakers year in, year out. It gets worse when you consider Ford Motor costs have grown as fast as revenue; Grimmer still that capital spending has grown even faster. Some think the company can’t survive the next downturn – if it’s bad enough, or with deep pocket Google’s entry into the mass mobility business.

Ambiguity reigns here: Well yes, it’s a challenge with vague timelines for concrete goals on the road to driverless cars. First will come fleets in defined areas. Fully autonomous (technically – all roads all the time) and socially viable (customer acceptance, cost, licensing, regulation, insurance, product liability et cetera) is probably more than a decade away. The unknowns are unknown.

I think of my first laptop or before that CPM desktop, then my first Fujitsu Pocket Commander cellphone – ultimately, they were forerunners not only of technology but of vast far-reaching and ongoing social change.

1 Response to Volkswagen Joins Ford by Investing in Argo AI