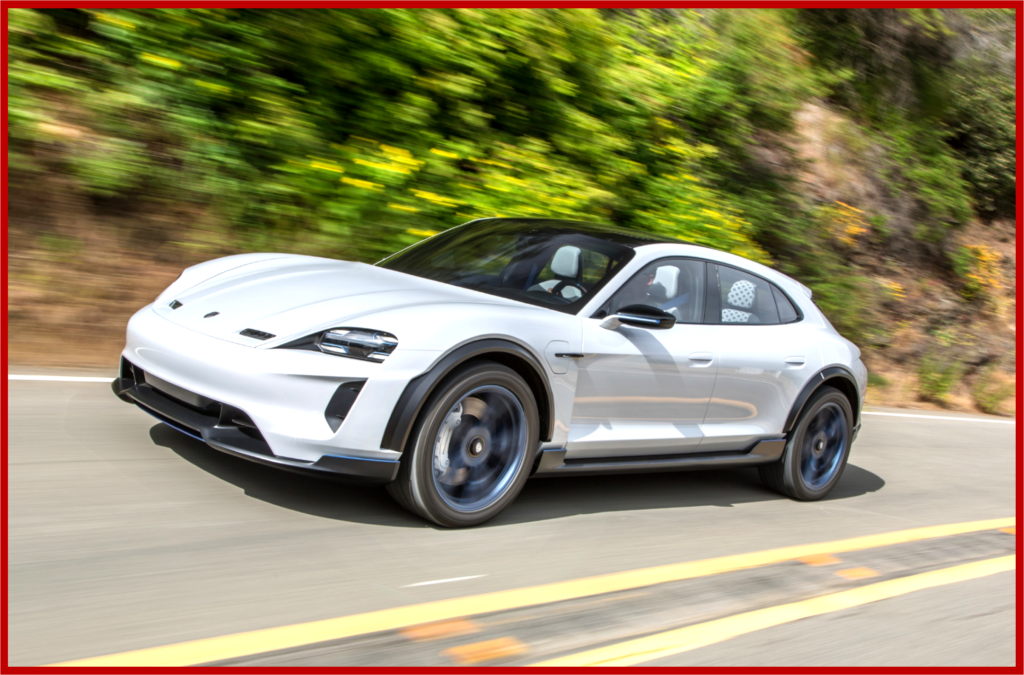 The Supervisory Board of Porsche AG  yesterday okayed series production of the concept study Mission E Cross Turismo. (AutoInformed.com: Porsche Takes on Tesla EV with 600 Horsepower Mission E) The sports car manufacturer will create 300 additional jobs at its headquarters in Zuffenhausen for production of the vehicle, which was presented at the Geneva Motor Show 2018.

German automakers whose entire reputations – especially in expensive segments – are built on technology and they are struggling to catch up with Toyota on hybrids and have few EV entries thus far. Add in the emerging threats of Apple and Google in the auto business and the Germans are playing defense. The well-known problems with initial German automaker forays into electronics – remember the BMW I-Drive fiasco – and even the defense needs bolstering in a business that centers on offense.

The road-ready concept study Mission E Cross Turismo was a highpoint in Geneva and was well received by both visitors to the show and the media. The four-door Cross Turismo has an 800-volt architecture and is prepared for connection to the fast charging network. It has a system output of 600 hp and a range of 500 km (NEDC).

If it works, doubling the voltage – compared to today’s electric vehicles that operate at 400 volts – offers advantages: shorter charging times and notably lower weight, because lighter, smaller gage copper cables are enough for energy transfer. It is also a good way to prove technical prowess – if it works.

The vehicle is a derivative of the Taycan. The first purely electric Porsche will be launched on the market in 2019. The introduction of the Taycan is generating 1,200 new jobs in Zuffenhausen. Great importance is attached to sustainability in production, which will therefore – it’s claimed – be carbon-neutral. Porsche plans to invest more than six billion euros in electromobility by 2022.