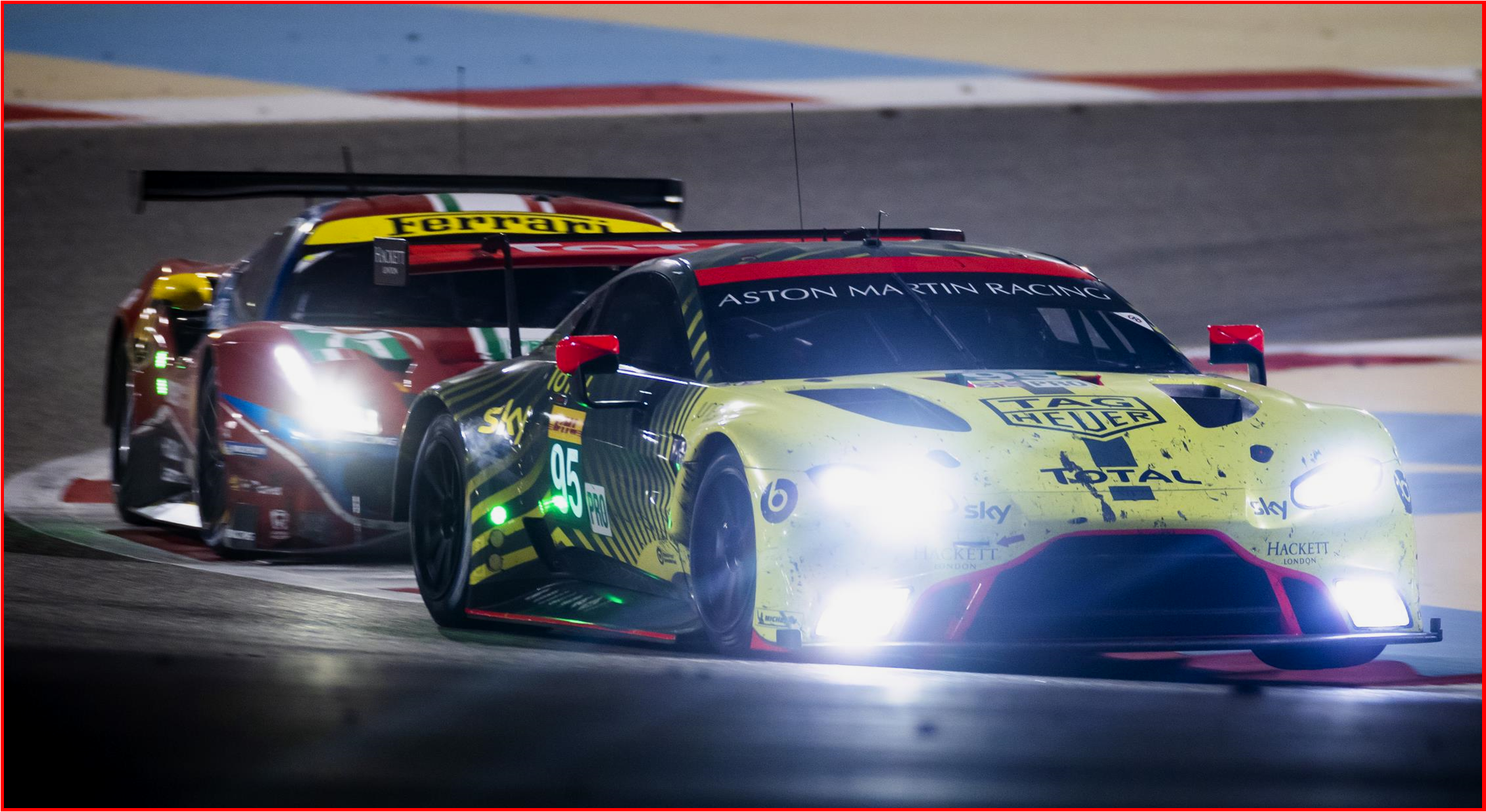 They even look like the cars you can buy.

It was the second win of the season for the #95 Aston Martin Vantage GTE, securing its drivers a 14-point championship lead as the series now heads into a two-month winter break. Team-mates Alex Lynn (GB) and Maxime Martin (BEL) continued their run of third-place finishes at every race, also ensures that Aston Martin leads the GT Manufacturers’ Championship with 153 points. 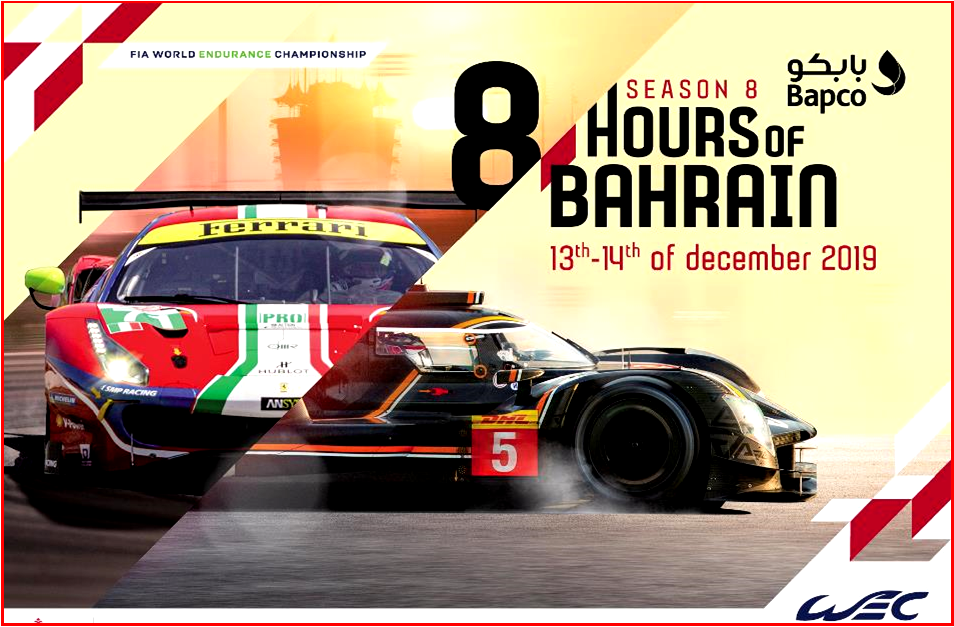 Well, the poster was wrong on predicting the winners on both counts.

Sørensen raced through from the back of the class grid at the start and was on pace after taking third on the opening lap. Both he and Thiim then ran a good balance of car and strategy management through the race on a sand covered circuit that challenged every team to the limits of tire and brake wear.

There was nothing to separate the #95 Vantage GTE and the rival Ferrari for much of the second half of the race. But in the final hour, after strong stints from Thiim, Sørensen was able to take advantage of a mistake in the pits by his rival – spinning tires exiting, resulting in a stop ‘n go penalty –  and take the pair’s second victory together in Bahrain. This was crucial since race was worth 1.5x the points of a normal 6-hour round.

American Ben Keating and his two Dutchmen teammates Larry ten Voorde and Jeroen Bleekemolen won the GTE-Am class in their No. 57 Porsche 911 RSR. After taking the pole position, the Project 1 team has moved to the top of the overall classification thanks to their first victory. The Porsche GT Team (GTE-Pro) has a successful 2019 season, however the squad was struck by misfortune at the eight-hour race.

The new Porsche 911 RSR at times held the lead, only to have technical problems relegate both works-run vehicles far down the field. A shock absorber broke on the No. 92 car driven by the world champions Kévin Estre (France) and Michael Christensen (Denmark), while a wheel nut on the sister car manned by Gianmaria Bruni (Italy) and Richard Lietz (Austria) came loose and caused tire damage. The repairs resulted in both 515-hp cars losing about two laps to the front-runners. Despite teamwork and a strong runs from the drivers, the gap could not be closed. Porsche heads into the second half of the season ranking second in the manufacturers’ classification.

In LMP1 Toyota Gazoo Racing earned its third win of the season with a hard-fought one-two victory in the 8 Hours of Bahrain. For this race, the World Champions faced a kind of “success handicap,” which reduces hybrid and fuel use per lap. Toyota, nonetheless, overcame a strong challenge with strategy, fast pit stops and consistent performance, as well as impressive reliability over the 1,390km race.

Mike Conway, Kamui Kobayashi and José María López, in the #7 TS050 Hybrid, won for the second time this season to retake the lead in the drivers’ World Championship.

The #8 TS050 Hybrid of Sébastien Buemi, Kazuki Nakajima and Brendon Hartley, battling a success handicap 0.21secs per lap more than its sister car, finished a lap behind in second to complete a perfect result for the team; a third one-two from four races this season.

After darkness fell on the Bahrain International Circuit,  large lead, neither TS050 Hybrid took any risks during the remainder of the race, which finished with only three LMP1 cars running following the retirement of both Ginettas.

The World Championship battle will resume in the new year, returning to Austin, Texas following a two-year absence for the 6 Hours of Circuit of the Americas on 23 February, the first of a double-header in the United States with the 1000 Miles of Sebring following on 20 March. Start times for two of the weekend’s four races have been changed, notably WEC’s 1000 Miles of Sebring on Friday, March 20 – round 6 of WEC Season 8 – which will now take place four hours earlier, starting at 12 noon (EDT) and finishing at dusk at 20h. Like last year, the WEC competitors will have a collective test session the weekend prior to the Super Sebring event.