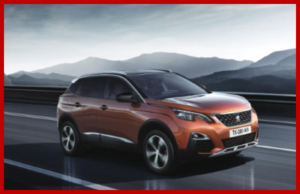 PSA wants to buy the European operations of General Motors that are connected to the Opel/Vauxhall brands. This could result in a major shift in the European Light Vehicle industry just as the effects of Brexit are unknown. Opel was the lead at GM engineering for both small and mid-size cars. (Brexit Automaker Winners, Losers – Predictable and Surprising or ‘Bloody Hell,’ What Does Brexit do to Automakers?) The combined volume of the groups could exceed current second-placed Renault-Nissan, excluding Russia and the CIS* countries, making the regional European total more than 3 million vehicles (full-year 2016). Market leader Volkswagen Group is just over 4 million. GM now appears ready to cut losses in the region. (General Motors Posts Record 2016 Results)

During 2016, the PSA Group was the first automaker and the second contributor, by overall business segments, in terms of contribution to the trade balance of France, by generating a surplus of €4.816 billion.

Industry wide, the PSA Group is the first automobile manufacturer with more than one million vehicles and 80% of its engines and gear boxes manufactured in French territory in 2016. French production of the PSA Group increased by 1.3% compared to 2015, representing more than one-third of its world production. The five vehicle production plants and the eleven component manufacturing plants employ nearly 70% of the Company’s workforce worldwide.

GM and PSA already share development and production of some vehicles that are then sold under their respective brands. For sure Opel has been courted by other automakers. Overtures from FCA and Ford failed. So, the latest buyout is by no means assured. PSA already had partnerships with Ford on diesel engines (Ford and PSA Peugeot Citroën to Drop JV on Diesel Engines), and Toyota, BMW, and Mitsubishi on components and engines. A previous GM venture started in Europe with Fiat in 2000 failed in 2005 when GM spent $2 billion to buy its way out of a put option in the deal that allowed Fiat to sell its automotive company to GM for market value. Globally, alliances have had mixed results at automakers.

Indeed, GM was also looking at buying PSA outright, but stopped, then reversed, with GM selling a small stake in PSA in 2013, after an acquisition in 2012. During the 2009 financial crisis, the sale of Opel to Magna also was explored, but then fell apart as markets showed hints of recovery. Such a history, and the intricacy of Opel’s labyrinth within GM globally, is complicated, and call for caution if betting on the outcome. (GM Buys 7% of PSA Peugeot Citroën to Share Parts, Vehicles, GM and PSA Peugeot Citroën to Develop New Gas Engines, PSA Peugeot Citroën in Alliance Talks with GM, GM Sells Peugeot Shares. Claims Strategic Alliance Lives)

PSA and Opel Vauxhall are prominent in European markets, of course, but Opel relies more on the UK (through Vauxhall) and Germany, while PSA has a strong home presence in France. Consultancy LMC says a “likely driver of the acquisition is the cost-reducing opportunity in consolidating some European capacity, where that flexibility is at least feasible, if politically difficult. Full plant closure is, of course, a politically fraught process and could be hard to achieve. Several plants are well utilized and, therefore, do not appear under threat of closure – or other specific operational reasons imply their continuation.”

GM’s Ellesmere Port plant, already at risk because of Brexit when the current Astra comes up for replacement in 2021, looks susceptible. The next Astra could be produced elsewhere.

The two large-car plants (serving the D segment) in Rüsselsheim and Rennes also could be one too many. With Rüsselsheim the location of Opel’s HQ and its historical home, the PSA Rennes plant may be the more helpless of the two.

PSA’s Villaverde plant, a single-model plant, could also be under threat.

“One of the critical operational objectives of a combined PSA-Opel entity would be the consolidation of future models onto common platforms where this is possible,” says LMC. “This would follow a review of the model ranges of both companies, with emphasis placed on those models not already too far down the development path at the point of completion.”

LMC notes that there are several Opel models that are already due for replacement soon; that is, up to and including 2019. It is possible that such imminent models could be delayed, but that would threaten Opel’s market share if existing models aged in Europe’s competitive market. There are many new and fresh alternative models offered on continuous launch schedules, with the modern technological features – electronics, driver assist safety systems and web connectivity – that are increasingly in demand.

“The switch of future Opel models to PSA platforms seems far more likely than the other way around, as continued use of GM platforms would make the arrangements between the companies far more complicated and lead to deep ongoing involvement for many years to come. PSA would also gain much greater control in achieving scale efficiency savings it would naturally seek to benefit from when deriving more models from its own platforms. A small number of models are, of course, already running off shared PSA-GM platforms,” said LMC.