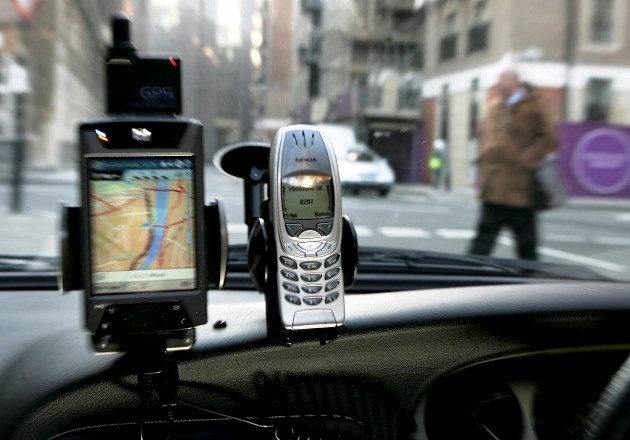 LONDON – FEBRUARY 15: In car navigation and telephone dashboard mounted devices on February 15, 2005, London, England. A new survey has revealed that almost half of British motorists admit to being distracted by in car devices such as radios and telephones. (Photo Illustration by Peter Macdiarmid/Getty Images)