With BMW EV Due, Study Says Range Anxiety Not an Issue 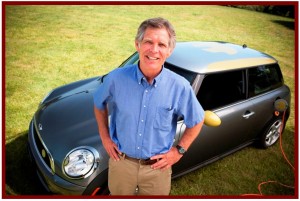 “The combination of limited onboard energy and extreme efficiency make BEVs the premier appliance for people to experience energy use."

The University of California, Davis and the BMW Group have released a study of electric vehicle (EV) users who drove the fully electric Mini E car more than 1 million miles in California, New York and New Jersey starting in June 2009.

Not surprisingly, the BMW-funded EV study was published since participants found the cars to be “fun yet practical, easy to drive and recharge, and many said they would buy an electric car in the next five years,” according to researchers from the University of California, Davis.

One of the observations about the 80 to 100 mile range – that it’s acceptable – challenges conventional wisdom. This will be tested further when the all-electric BMW Active E  becomes available in some U.S. markets beginning in late 2011. A two-year lease will be $499 a month with a $2,250 down payment. A series production BMW I3 follows in 2013.

“We found that households adapted their driving around the capabilities of the vehicle and even explored ways to maximize the use of the Mini E,” said Tom Turrentine, director U.C. Davis Plug-in Hybrid & Electric Vehicle Research Center.

By using online and telephone surveys of the participating households, which were affluent enough to handle a $850 a month lease plus tax, and diaries and in-person interviews of more than 40 households, the U.C. Davis team examined user behavior, infrastructure use, costs, environmental benefits, and other aspects of electric driving.

Among the findings of the study are:

This of course remains a huge problem in the U.S. where half of the electricity generated comes from  burning coal, which gives partial truth to the quip that electric vehicles aren’t zero emission vehicles but rather elsewhere emissions vehicles, as the CO2 produced comes from a utility smokestack, not the car while its running.

The UC Davis study is part of a whole set of studies being conducted by the BMW Group on electric vehicles, which includes research in China, Germany and the U.K.

“The Mini E studies are extremely valuable for us as they show that electric cars are already today offering an attractive mobility solution to a broader spectrum of customers,” says Ulrich Kranz, head of Project I, BMW Group.