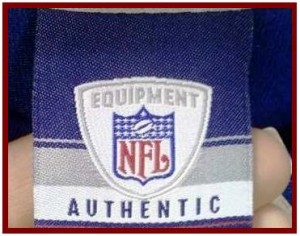 Football fans are slitting their own throats by buying offshore sweatshop goods, according to critics.

Women at the Ocean Sky “sweatshop” in El Salvador are paid just eight cents for each $25 NFL T-shirt they sew, according a press release just issued by the National Labor Committee.

Their wages amount to just 3/10ths of one percent of the NFL shirt’s retail price, according to the non-profit pressure group with un-posted sources of funding. One wag suggests that this gives a whole new meaning to one Super Bowl team – the Steelers…

The auto industry is a major advertiser supporting the NFL of course. And the NFL Players Association (NFLPA) is an AFL-CIO union that represents all professional football players, past and present. Neither appear to have any interest in the issue.

Super Bowl XLV advertising is sold out, according to Fox, the network that will (profitably) air it, with the following automakers and related suppliers planning ads: Audi of America, BMW North America, Bridgestone, CarMax, Chrysler, General Motors, Hyundai Motor North America, Mercedes-Benz, and Volkswagen of America.

The NLC says the “lack of accountability on the part of our U.S. corporations–now operating all over the world and the resulting dehumanization of this new global workforce is emerging as the overwhelming moral crisis of the 21st century.

“The struggle for rule of law in the global economy–to ensure respect for the fundamental rights of the millions of workers producing goods for the U.S. market–has become the great new civil rights movement of our time.”