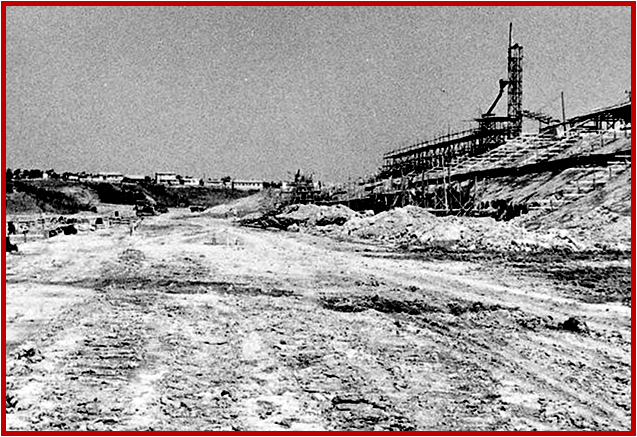 The construction site, near the Suzuka grandstands. (courtesy of Sadao Shiozaki)

“I want to have a venue for motor racing. Automobiles cannot be improved if they are not put through their paces on the racing circuit,” said founder and president Soichiro Honda. This was late in 1959 during a meeting to propose the construction of a welfare facility for the Suzuka Factory. It led to  Japan’s first full-scale road racing circuit. 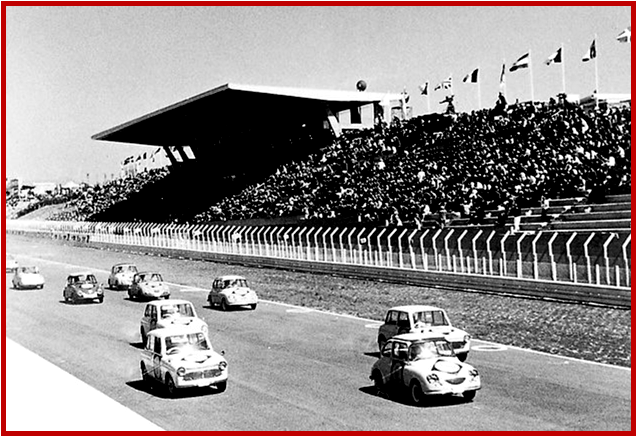 Back then, the Asama Volcano Race was still held in the Asama Heights area. However, the course on which the race took place had been constructed as a test course for motorcycle manufacturers who did not have their own proving grounds. The purpose of the course’s construction was to enable these manufacturers to “fulfill their responsibilities in the sale of quality products.” But since the automobile manufacturers had not agreed to the construction of a fully paved course, as was originally planned, it was not possible to secure funding enough for the purchase of paving. As a result, car races had to be held on a dirt course.

However, as better motorcycles were developed with speed and performance exceeding the levels for which the course was originally intended, safety became a major concern for competitors and spectators alike. Ultimately, the Asama Volcano Race was discontinued following the 1959 event.

However, motorcycling was steadily becoming more popular with urban thrill seekers, who took to the streets in a quest for excitement. These rowdy riders led to the emergence of so-called “Kaminari Zoku (groups of thunderous riders),” which soon became a social problem. (Sound familiar Harley Davidson Aficionados?) The industry was alarmed at a trend  that could damage the motorcycles image as a safe and pleasurable means of transportation. (Hence, “You meet the Nicest People on a Honda” advertising campaign decades later in the U.S.)

Soichiro Honda held that motorcycle manufacturers are entrusted with an irreplaceable commodity called human life. Honda worked hard to fortify its conviction that it was a hallowed obligation as a motorcycle manufacturer to build a race course with which they could develop the types of high speed machines demanded by increasingly speed-conscious consumers that were safer and more predictable.

Honda had successfully completed its debut in the Tourist Trophy (TT) Race on the Isle of Man in 1959 and needed a venue for high-speed running tests to develop production models.

The original plan called for a course to be built amid an area of rice fields. However, after Mr. Honda ordered that the precious fields not be destroyed, it was decided that a relatively wild section of mountainous land nearby could be used instead. 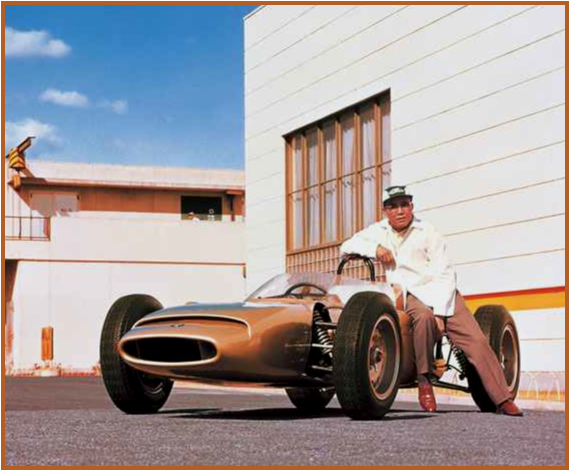 Soichiro Honda and the F-1 prototype car which had a steel space frame like that of the Cooper Climax Honda bought for its design. Th program was announced in May 1962. 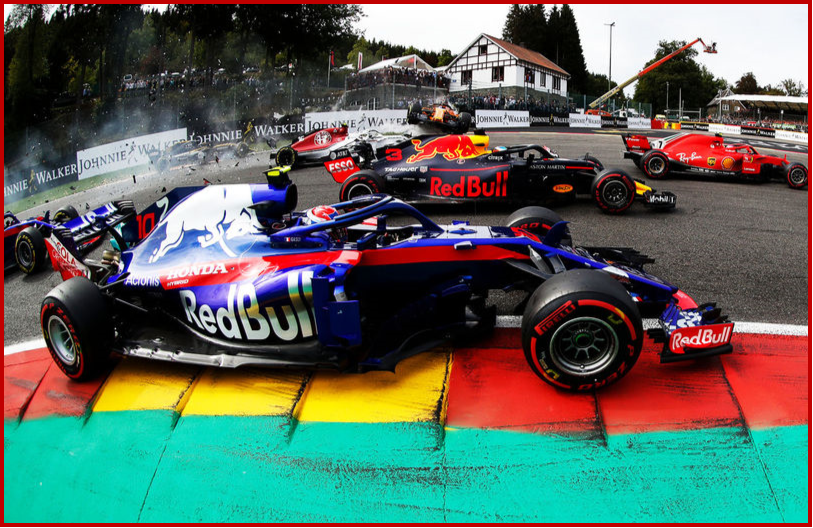 Honda’s entry in F-1 was announced in January 1964. Ever since the company had won an overall victory at the Isle of Man TT Race, one of motorcycling’s most famous races, there was great anticipation concerning Honda’s possible move into car racing. The employees of the research center were confident that there was no race that could not be won with their technology. Above: A Honda powered F1 car earlier this month at the Belgium grand Prix. Ferrari won.

“We are preparing a variety of content which will be enjoyed by all F1 fans. Our wish at Honda is to enjoy the most prestigious motorsports race in the world with all our fans and customers. Please come and join us at Suzuka Circuit this October,” said Takahiro Hachigo, President & Representative Director of Honda Motor, August 2018.