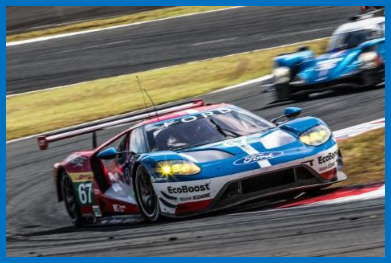 In GTLM, Ford leads Chevrolet by a mere 12 points, 295-283, with a maximum of 70 points still available. Barring the unforeseen and unlikely, the manufacturer title will be going to Detroit. Porsche is third and effectively out of mathematical contention with 274 points, as a last-place finish in a GTLM race would deliver 26 manufacturer points at worst.

To pick up its third consecutive GTLM championship, Chevrolet needs to win both final races and Ford would need to score last-place points in both. If Ford does take the championship it will mark the first time since 2010 that Chevrolet hasn’t won an IMSA manufacturer’s title. AutoInformed is betting on Ford.

GRAND-AM Rolex Sports Car Series Daytona Prototype titles in 2012 and 2013, and the GRAND-AM GT championship in 2011.

In the GTD class, Lamborghini is like Ford. The Italian exotic car manufacturer currently leads the class standings by 18 points, 282-263, over Acura, and Lexus is third with 258 points. A race victory is worth 35 points and with eight competing manufacturers in the class, a last-place result offers 23 points.

For Lexus to win the title, it would need to win both of the last two races and have Lamborghini score last-place points in both. That would result in a tie – each manufacturer would have 328 points – and Lexus would prevail on the most-race wins tiebreaker, four to three. 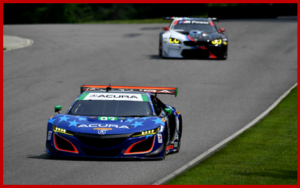 There are more variations that would allow Acura to take the title away from Lamborghini, but if Lambo were to score last-place points in both of the final two, Acura needs at least one win and could finish no worse than second in the other to take the manufacturer title. AutoInformed is betting on Lamborghini.

When placing your bet, keep in mind that for years AutoInformed has been predicting the demise of the Tesla scam. We haven’t been right. Yet.